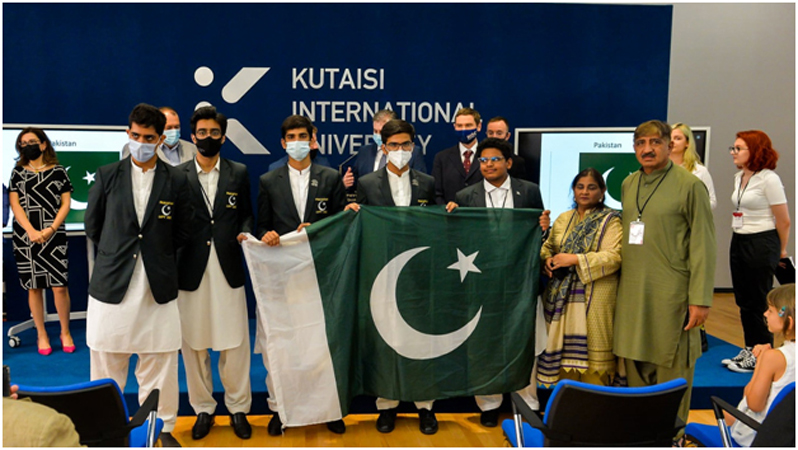 This was Pakistan’s fifth consecutive appearance in the research-based tournament also dubbed as the Physics World Cup.Dr. Farida Tahir, who is a research faculty at COMSATS University Islamabad, has been leading efforts since 2016 to prepare young Pakistani science students to participate in this international physics tournament.

Each country may be represented by one team in IYPT, consisting of five high school students that are14-19 year old. Each participating team comprises of 5 members and conducts research on 17 open ended problems for almost one year. The teams sum up their research on each problem in a 12-minute presentation.

Each team must play three roles, simultaneously in one round of the Physics Fight including Reporter, Opponent and Reviewer.As a reporter, the team must present its research conducted in 12 minutes. At the end of report the opponent team inquires the reporter team about the research conducted. Then the reporter and opponents undergo the discussion. When the discussion is over the third team, the Reviewer, will ask questions to both Reporter and Opponent. Then Reviewer team concludes by highlighting the pros and cons of Reporter and Opponent team approaches and include suggestions forthe betterment of research. A jury thenconducts a 5 minutes round of questions andgrades the teams.In addition to solving research problems, students learn time management, art of scientific discussion, accepting errors and scientific oversights, rhetoric and many more skills.

The concept behind the IYPT originates from the former Soviet Union. After a tournament of that kind was executed there for quite a while the first international IYPT took place in 1988. After the collapse of the Soviet Union, the IYPT was carried out in other European countries as well, whereas the number of participating countries grew continuously. In 2004, the IYPT took place outside of Europe for the first time in Brisbane (Australia).This year Pakistan also won the bid to host this Mega Event in 2023, in which over 300 delegates hailing from over25 countries are expected to participate.

The IYPT will be a great opportunity for science diplomacy wherebyinternational participants will not only be exposed to the immense scientific talent in Pakistan but will also help spread cultural understanding about Pakistan. Dr. Farida Tahir said that she hopes public sector institutions will realize the importance of such international events and support healthy activities that popularize science and support talent in basic sciences.