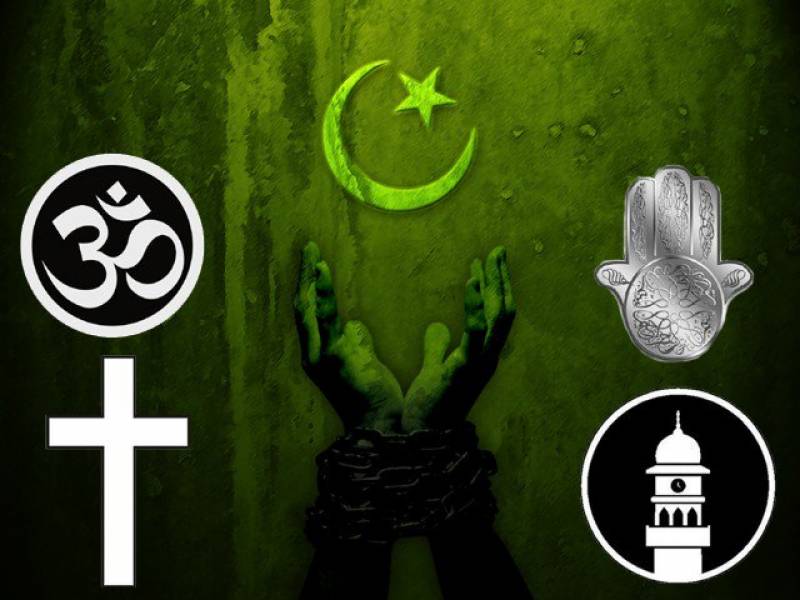 National Minority Day is being celebrated today for giving a tribute to the contribution of minorities to the progress and prosperity of Pakistan. The day is celebrated every year at the national level to recall the real vision of our great hero Quaid-e-Azam Mohammad Ali Jinnah who emphasized being one nation. Our nation’s flag itself covers minority and majority being under the umbrella of one country. The day is observed on the account of reaffirming the commitment of our great leader that despite belonging to different faiths in the country we are one nation. A minority has played an integral part in sustaining the country. In the struggle for Pakistan, the minority’s role can never be denied. Christians have played a crucial role and cooperated fully with the Quaid. The way they helped Muslim League in struggling for a separate homeland, their contribution can never be ignored. Even though people belonging to different minority groups did continuous efforts for protecting the country.

Quaid e Azam emphasized the following aspect “You are free to go to your temples. You are free to go to your mosques or any other place of worship in this State of Pakistan. You may belong to any religion, caste or creed that has nothing to do with the business of the State”. He always wanted a state without any discrimination against any race, ethnicity, caste, or creed. Unfortunately, various issues and incidents have happened against them wherein most of the cases Minority have felt exclusion from various aspects in the social, political, and economic dimensions.

Dating back to the time of various constitutional amendments, Objective Resolutions along with Zia’s amendment, unfortunately, increased the feeling of inequality in minorities residing in the country. Moreover, economic marginalization such as minorities confinement to menial, low-paid, and low-status work in the country especially for Christians and Hindus has seriously diminished their self-esteem, besides consolidating ethnoreligious stereotypes. Anti-Ahmadi statements outside other religious shrines, demolishing Hindu Temples, Blasphemy cases against non-Muslims. All such aspects have given rise to social-psychological depression among these communities.

It would be pertinent to say that we attain education to tolerate each other and maintain peace and harmony in society. The contemporary time has given the rise to all such injustices happening in our society based on caste, creed, religion, and race. The need of an hour is to put humanity on the top priority wherever we go in our society. A child born in Pakistan should always be encouraged to be good to others no matter what religion he belongs to. It is imperative to tolerate each other and work for the betterment of the country together. As one cannot ignore the contribution of minorities in the creation of Pakistan, therefore, for the progress in social, political, and economic dimensions it is important to make every person feel worthy enough for his existence no matter which religion he belongs to. Tolerate and spread peace in the society for the prosperous future of Pakistan.