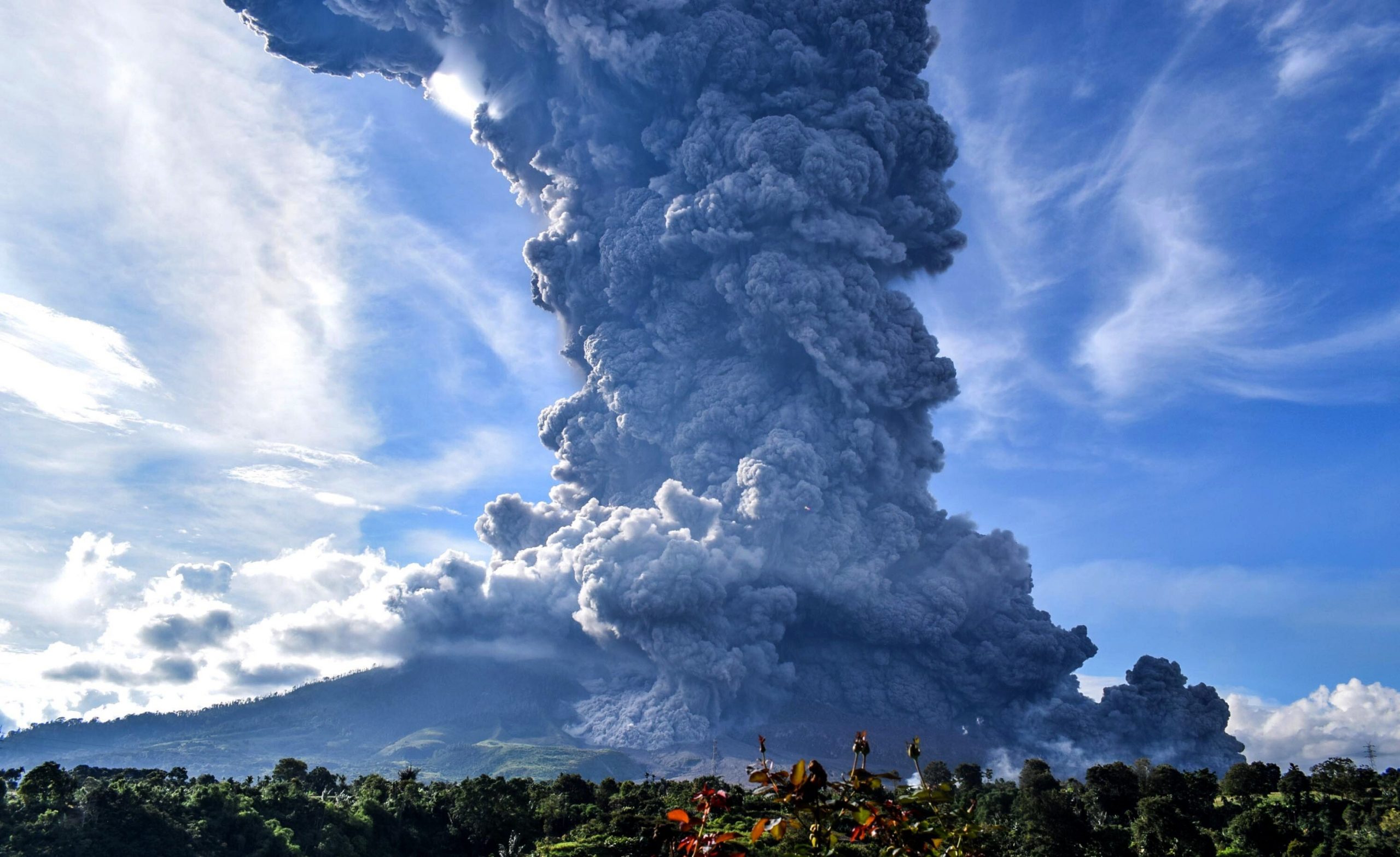 Indonesia’s Mount Sinabung erupted on Wednesday, spewing a massive column of smoke and ash into the sky.

The eruption of the volcano in North Sumatra province lasted about 12 minutes, a local geological agency said. “The volcanic material reached 4,500 metres into the air,” the head of the agency’s Sinabung monitoring post, Armen Putra, told AFP. An image shared by the agency showed a column of thick, dark smoke coming from the crater. Clouds of smoke and ash travelled 1,000 metres away from the peak, the agency added. No evacuation orders were issued because the debris did not reach the nearest villages and there was no reported disruption to flights in the area. But authorities have instructed people to avoid a five-kilometre zone around the crater that has been left unoccupied for years as volcanic activity increased.

Sinabung, a 2,460-metre (8,070-foot) volcano, was dormant for centuries before roaring back to life in 2010 when an eruption killed two people. It erupted again in 2013 and has remained highly active since. The following year an eruption killed at least 16 people, while seven died in a 2016 blast. Indonesia — an archipelago of more than 17,000 islands — has nearly 130 active volcanoes. It sits on the “Ring of Fire”, a belt of tectonic plate boundaries circling the Pacific Ocean where frequent seismic activity occurs.