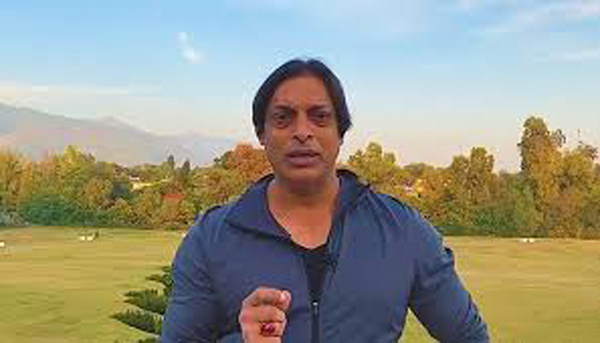 Shoaib Akhtar’s selection for his all-time best World XI for the ODI format has generated quite a commotion in cricketing circles, since neither Indian star Virat Kohli nor Pakistan’s Babar Azam are included in the team.

Four Pakistanis and four Indians make up Akhtar’s squad. While Kohli and Azam’s omission is reasonable considering their youth, the exclusion of West Indies’ great Vivian Richards is unexpected.

Wasim Akram and Waqar Younis, two pioneering Pakistani fast bowlers, were included in the side of the outspoken pundit, who offers his unvarnished opinions and views on cricket on his YouTube channel. He chose former captain Inzamam-ul-Haq and left-arm batsman, Saeed Anwar, for the batting lineup.

Sachin Tendulkar was an obvious pick among Indians, as he controlled the batting roost for many years. India’s bowler Kapil Dev was also in the team, as was Yuvraj Singh and world cup-winning wicket-keeper batsman MS Dhoni.

Gordon Greenridge of the West Indies was unexpectedly included, considering the former batsman played cricket before Shoaib Akhtar. Greenridge is regarded as one of the finest opening batters of all time.

Both Viv Richards and Virat Kohli, widely considered as the two greatest ODI batters of all time, were omitted off Akhtar’s list. Akhtar, on the other hand, justified his choice. “People may be shocked to see Saeed Bhai in the middle, but he would have slaughtered the bowlers today,” Shoaib Akhtar explained.