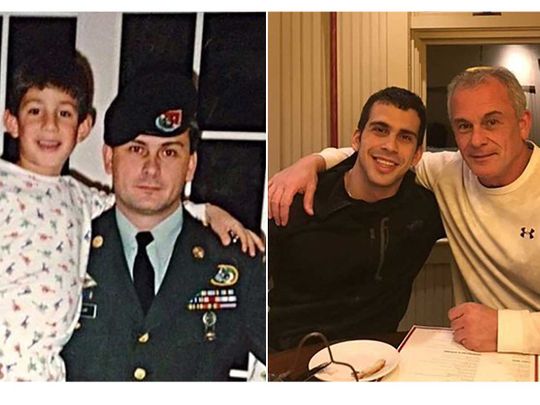 An American father-son duo who helped former Nissan chief Carlos Ghosn flee Japan were sentenced to 20 months and two years in prison by a Tokyo court on Monday.

The sentences are the first to be handed down in Japan in the Nissan saga, which began with former auto tycoon Ghosn’s shock arrest in 2018 on financial misconduct allegations. Former US special forces operative Michael Taylor was jailed for two years, while his son Peter received a sentence of 20 months. “This case enabled Ghosn, a defendant of serious crime, to escape overseas,” chief judge Hideo Nirei said. “Both defendants pulled off an unprecedented escape,” the judge added, noting that there was no prospect of Ghosn — an international fugitive in Lebanon — returning to Japan. The Taylors, who faced up to three years in prison, did not contest their role in what US prosecutors described as “one of the most brazen and well-orchestrated escape acts in recent history”. The pair both apologised in previous hearings at which Japanese prosecutors had sought a sentence of two years, 10 months for Michael, and two years, six months for Peter.

Their defence lawyers had argued that a suspended sentence was appropriate given their remorse, and asked that the 10 months they were in US detention before being extradited should be considered in sentencing. The Taylors arrived in Tokyo in March after losing a battle against extradition. At their first hearing, in June, prosecutors described the almost-cinematic details of the operation — including that Ghosn was hidden in a large case with air holes drilled into it to slip past security at an airport.

Describing the experience recently to the BBC, Ghosn said the half-hour in the box waiting for the plane to take off as “probably the longest wait I’ve ever experienced in my life”. A third man, identified as George Antoine Zayek, is also accused of involvement in the escape but remains at large. According to the prosecution, the Ghosn family paid the Taylors more than $860,000 for preparation and logistical costs, and $500,000 in cryptocurrency for lawyers’ fees.

Ghosn’s escape started with him simply walking out of the luxury central Tokyo residence where he was out on bail on December 29, 2019, and taking a shinkansen bullet train to Osaka in western Japan. “There were dozens of people in the carriage, but I was wearing a cap, a facemask and sunglasses. You’d have had to be a real expert to recognise me under all that,” Ghosn wrote in a book published last year. He met Michael Taylor in a hotel in Osaka and was smuggled onto a private jet in the infamous equipment case. Ghosn transited in Turkey before arriving in Lebanon, which has no extradition treaty with Japan.

He says he fled Japan because he did not believe he would receive a fair trial. Ghosn has always denied the charges against him, arguing they were cooked up by Nissan executives who opposed his attempts to more closely integrate the firm with French partner Renault. The fallout from the saga that began with Ghosn’s spectacular 2018 arrest in Tokyo has been vast. Nissan’s CEO was forced out after his own financial irregularities were uncovered in a probe that followed Ghosn’s arrest.

Meanwhile, a former Nissan aide to Ghosn, Greg Kelly, is awaiting the verdict in his trial in Japan. He could face 10 years or more in prison if convicted of financial misconduct. And two pilots and another employee of a small private airline in Turkey have been sentenced to four years and two months for their role in Ghosn’s escape. Ghosn himself remains in Lebanon, largely beyond the reach of prosecutors despite active investigations in several countries. In May, he was questioned by French investigators in Lebanon over a series of alleged financial improprieties. But he was only heard as a witness, and would need to be in France to be formally indicted.