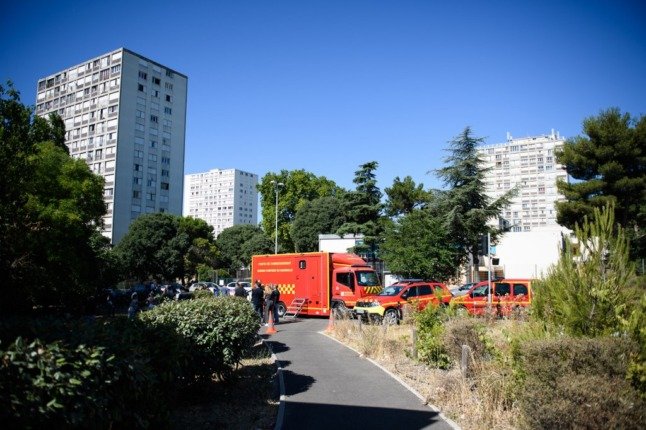 Three men died in the French southern city of Marseille on Saturday when a fire broke out in a public housing building where they were squatting, officials said.

A two-year-old and an adult were also seriously wounded in the fire at the building, where migrants from Nigeria are known to squat, a judicial source said, adding that the three men who died were undocumented migrants. The cause of the fire, which started in the technical ducts, has not yet been established, police chief Frederique Camilleri told AFP. “There is a notorious (drug) dealing point here and there are tensions between the residents and the traffickers,” she said.

Authorities were working to house the survivors. The building owner, 13 Habitat which manages a chain of public housing in the region, said that the building was on a list to eventually be demolished. “If the cause of the fire has yet to be determined… what is clear is that the unlivable situation of the squatters here and elsewhere in Marseille’s public housing blocs creates a dangerous situation and serious risks” for everyone, said Samia Ghali, Marseille deputy mayor.

Marseille politicians faced accusations of ignoring warnings about unsafe housing in 2018, when eight people were killed when two buildings suddenly collapsed in the centre of the port city.