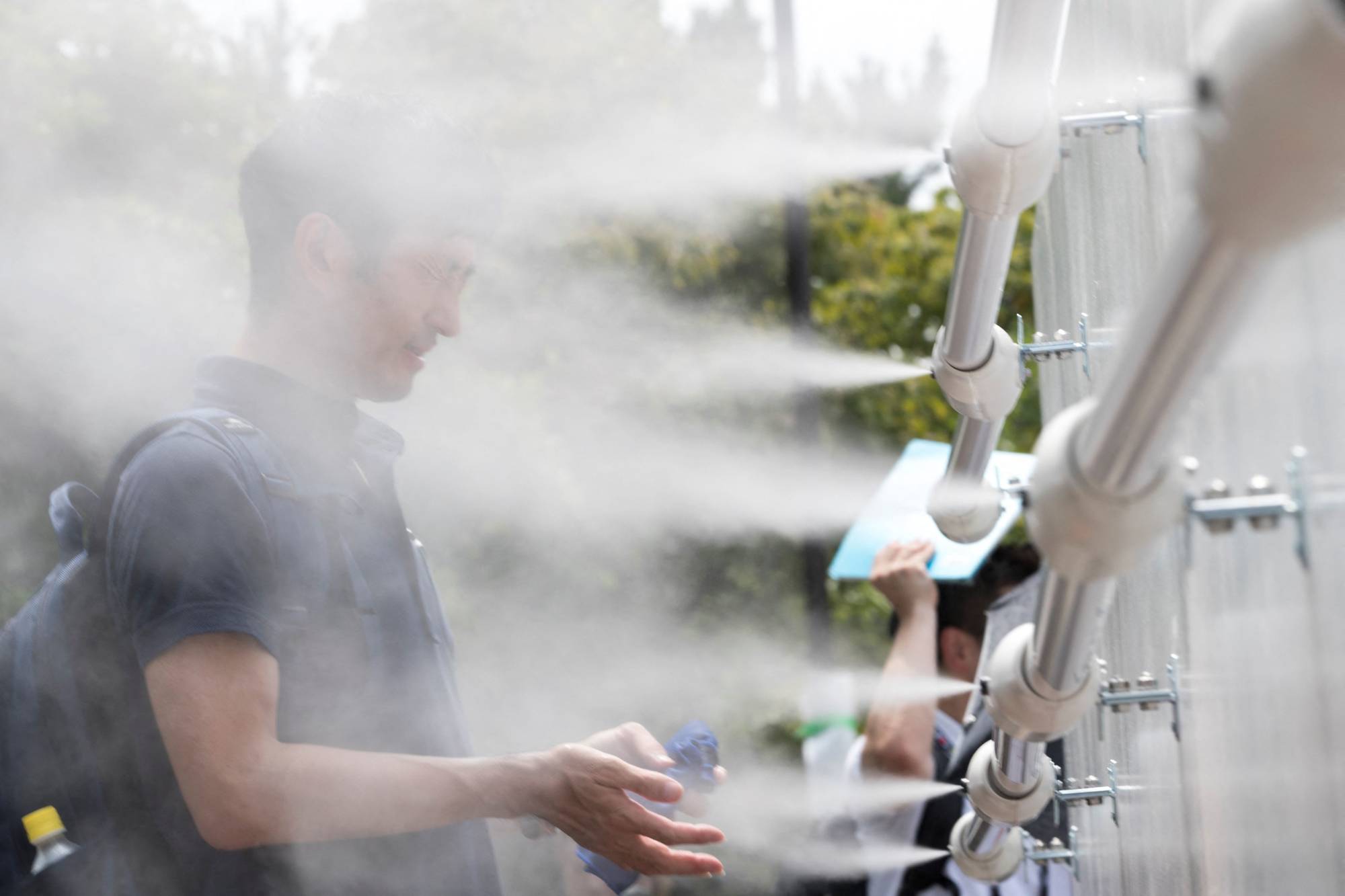 Long before the pandemic forced Tokyo 2020’s postponement, the Japanese capital’s brutal summer heat was the main health concern for organisers. While the Games have been held in places that are hotter or more humid than Tokyo, including Athens and Beijing, Japan’s sweaty summers offer both, in an unpleasant and sometimes deadly combination.

Organisers have moved the Olympic marathon and racewalks to the northern island of Hokkaido, hoping to outrun temperatures that can hit 37 degrees Celsius and humidity over 80 percent. And with fans now banned from nearly all Games events over virus fears, the risk of large crowds sizzling in the sun is no longer a concern. But athletes, who will have little time to acclimatise because they are only allowed to arrive just before competition, could still suffer. “Holding the games during July and August… was a serious issue even before the coronavirus pandemic,” Haruo Ozaki, chairman of the Tokyo Medical Association, told reporters recently. “There are still high risks of heatstroke at events such as competitive walking, triathlon, and beach volleyball,” even after moving the marathon and racewalking, he warned.

At test events in summer 2019, organisers rolled out a variety of anti-heat measures: 1,360 tonnes of ice to cool athletes, tents for shade, ice cream for volunteers and mist fans and artificial snow for spectators. Even so, several people were treated for suspected heatstroke at a beach volleyball event and 10 people including athletes fell ill at a rowing test event. Ironically, Tokyo won its bid to host the Olympics, beating out rivals including Doha, in part by boasting of its “mild” weather. But the city has been notorious for its stifling summer for years. The last time it hosted the Games, in 1964, the event was shifted to October to beat the heat. And it has only got hotter in recent years, with climate change and urbanisation exacerbating the trend, according to experts.

– ‘Not possible to eliminate risk’ –

A report published in late May by the British Association for Sustainable Sport (BASIS) warned “intense heat and high levels of humidity are a threat to athletes at the 2021 Tokyo Olympics”. British rower Melissa Wilson told the report she felt her sport was “approaching a danger zone” given rising temperatures at events around the world. “It’s a horrible moment when you see athletes cross the line, their bodies fling back in total exhaustion and then not rise up,” she said. In pre-pandemic 2019, more than 71,000 people sought emergency care for heatstroke across Japan, with 118 deaths during the June-September period. And even in 2020, with fewer people out and about, emergency care cases stood at just below 65,000 with 112 dying. Doctors in Tokyo have warned organisers that medical emergencies during the competition — including heatstroke — could divert resources away from the domestic coronavirus response. The pandemic could complicate things, with rules requiring athletes to “wear a face mask at all times, except when training, competing, eating, drinking, sleeping or during interviews”.

A Tokyo 2020 official told AFP that the rules would be “flexible depending on the situation” given the risks of heatstroke — allowing people to go mask-free when “outside and able to keep two metres apart from others”. Masks in hot weather could cause people to feel ill and have difficulty breathing, “even if this is not heatstroke in a strict sense”, said Shoko Kawanami, a professor at the University of Occupational and Environmental Health in western Japan. “It’s important that spectators and volunteers take off their masks if they feel uncomfortable… making sure they keep a distance from crowds.” Japan’s weather agency forecasts this July-August period in Tokyo will be hotter than average, and even a small rise in temperature “will have a major impact on whether the event is safe to run,” Ben Bright, head coach at the British Triathlon Federation, told the BASIS report.

“It is not possible to eliminate risk.”