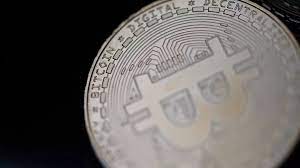 Square founder and chief Jack Dorsey, who is also the top executive at Twitter, had tweeted last month asking for feedback on the notion. “This community’s response to our thread about this project has been awesome — encouraging, generous, collaborative and inspiring,” Jesse Dorogusker of the Square hardware team tweeted on Thursday. “We have decided to build a hardware wallet and service to make bitcoin custody more mainstream.” Dorsey endorsed Dorogusker’s post with a tweet of “We’re doing it #bitcoin.” Hardware wallets can be used to store digital currency offline, synching with applications for transactions on the internet as needed. Another option for cryptocurrency owners is to use “virtual” wallets, essentially trusting third parties to keep money safe and using passwords to access funds.

Dorsey reasoned in tweets that bitcoin is a currency for the masses, and that it is important to have ways for people to hold it that don’t involve entrusting it to outside parties. “The exchange you used to buy your bitcoin probably attends to your security with good intent, but circumstances may reveal ‘custody’ actually means ‘IOU,'” Dorsey tweeted in June. “Deciding to take custody, and security, of your bitcoin is complicated.”

He envisioned a bitcoin wallet that makes it easy for people to use some of it for shopping, for example through smartphones, while protecting the rest of the cryptocurrency. “We can imagine apps that work without Square and maybe also without permission from Apple and Google,” he continued, referring to the makers of the world’s big two smartphone operating systems. Square will set up accounts at Twitter and software developer community website GitHub dedicated to the bitcoin wallet project, said Dorsey.