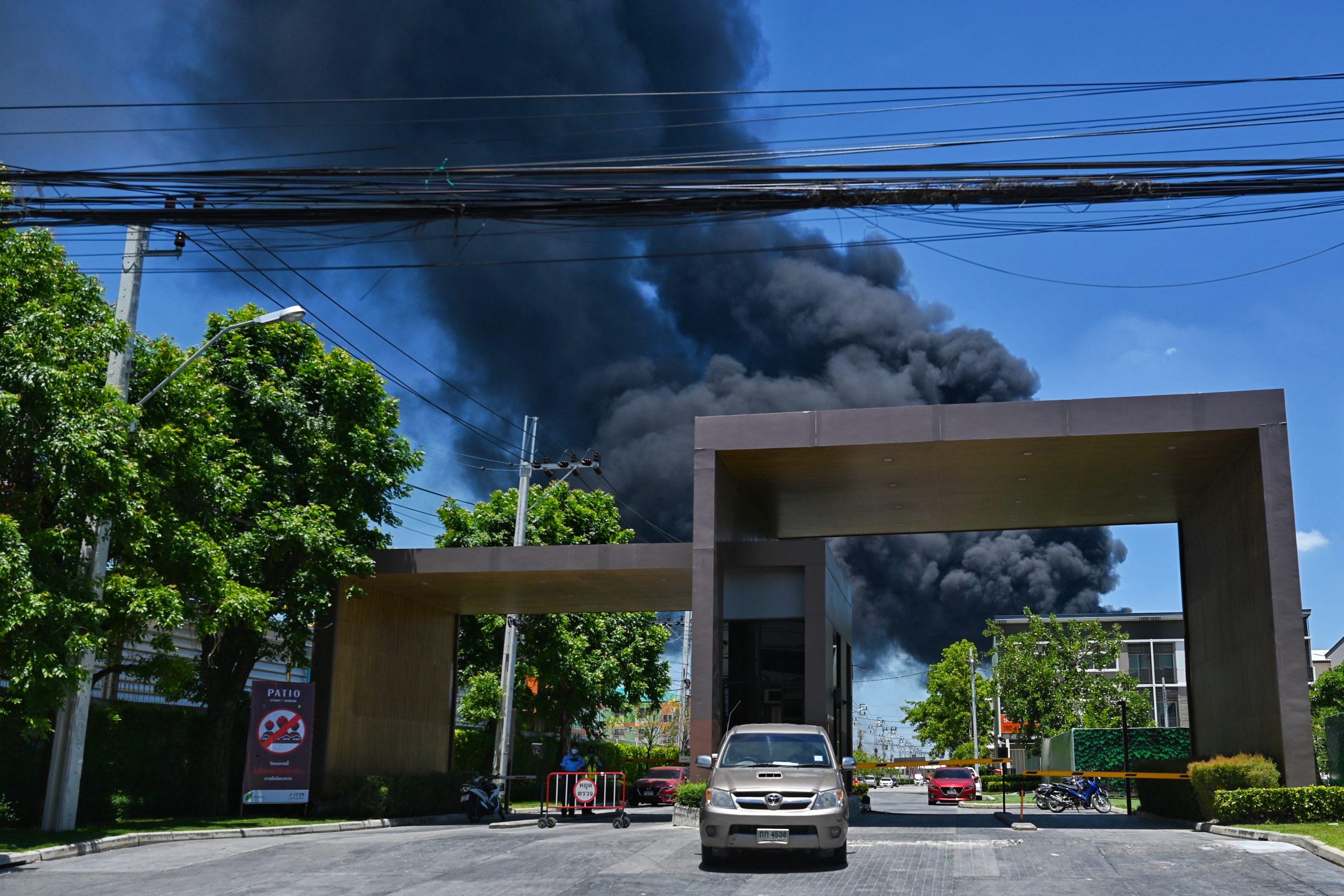 Heavy plumes of black smoke could be seen rising up to the sky from  the city’s downtown 35 kilometres (21 miles) away, as rescuers continued to evacuate residents near the site. The blast occurred around 3 am at Taiwan-based Ming Dih Chemical Co., located on the outskirts of Bangkok near Suvarnabhumi airport. “We have 27 injured, mostly from cuts, and one dead who was a firefighter,” said Somsak Kaewsena, the chief of Bang Pli district where the factory is located. He told AFP that 500 residents had so far been evacuated to two shelters. By noon, elderly residents in wheelchairs were evacuated to a nearby school about 9 kilometres away. The public have been ordered to stay away from a radius of at least 500 metres around the blast site, said Lieutenant General Ampon Buarubporn. “We do not know if there is anything left to explode,” he said, adding that authorities are still working to get the fire under control. Rescue workers drove around the neighbourhood in emergency vans, telling thousands of residents via loudspeakers to leave for their safety. The cause of the explosion is still unknown.