Troops on patrol in Eswatini after violent protests 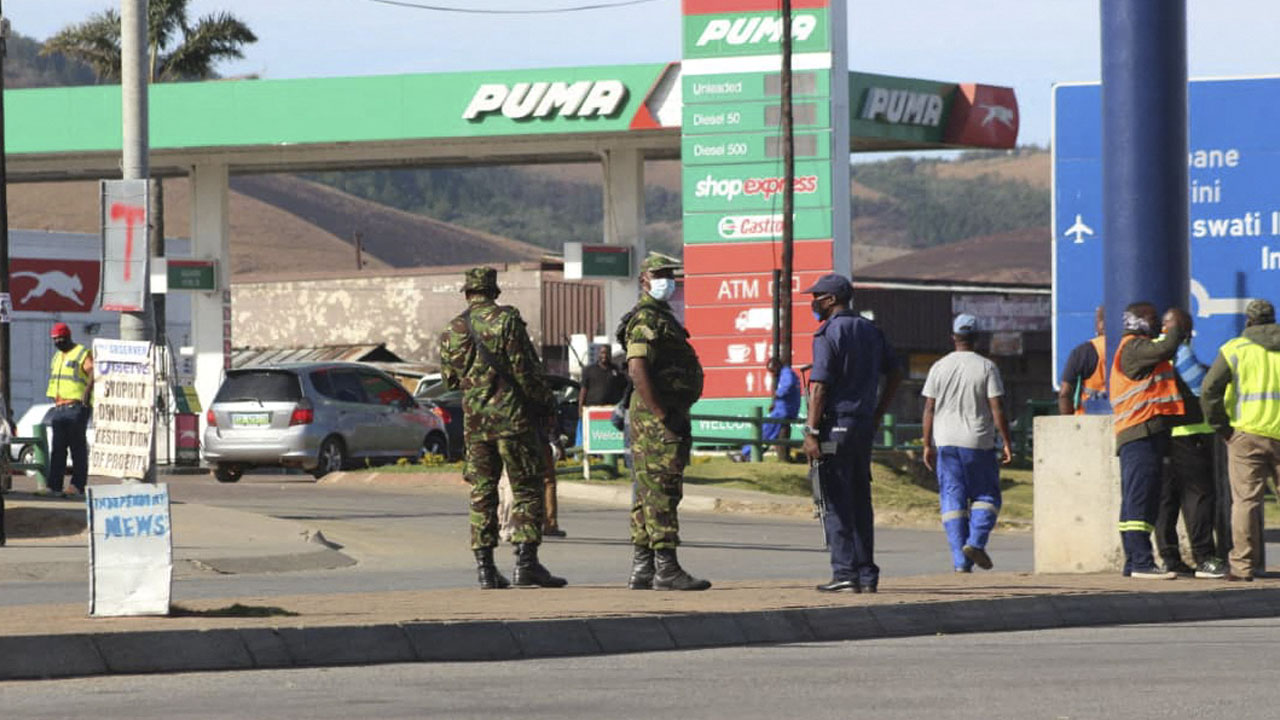 Troops patrolled the streets of the Eswatini capital, according to an AFP correspondent in the landlocked kingdom, as calm returned on Friday after days of pro-democracy protests that reportedly turned deadly.

Scores of people queued outside shops to buy basic supplies after cities and towns were shuttered by the demonstrations. A local parliamentary constituency office was burnt in the village of Mayiwane, around 100 kilometres (60 miles) northeast of the capital, according to witnesses. Petrol was in short supply and a fuel tanker was seen being escorted by a military van through Mbabane. Meanwhile, internet shutdowns reportedly persisted and debris cluttered the streets. Most of the shops were closed by 3:00 pm (1300 GMT) as residents rushed home to beat the dusk-to-dawn curfew.

The government on Thursday said it had deployed the army “to regain the rule of law, peace and to protect all.” Dissent has long been stifled in Africa’s last absolute monarchy, a small state of 1.3 million sandwiched between South Africa and Mozambique and previously called Swaziland. But earlier in the week protesters defied the 6:00 pm (1600 GMT) curfew targeting buildings linked to King Mswati III. Pro-democracy activists and opposition groups have claimed that dozens of people have been killed by security forces during the unrest, which has been characterised by burning of businesses and pillaging.

In addition to more than 40 deaths disclosed yesterday, Wandile Dludlu, secretary general of the People’s United Democratic Movement, said 29 had been confirmed today. Those “who directly or indirectly contributed” would be held accountable for “crimes of war”, Dludlu said in a virtual briefing on Friday. In a statement on Friday, three lawmakers said they condemned “the massacre and killings of over 60 unarmed citizens/protesters”. The members of parliament, Bacede Mabuza, Magawugawu Simelane and Mthandeni Dube, also claimed that 200 people had been wounded. Acting Prime Minister Themba Masuku on Thursday said government was yet to receive an “official report about alleged deaths due to the riots and we will investigate these allegations.”