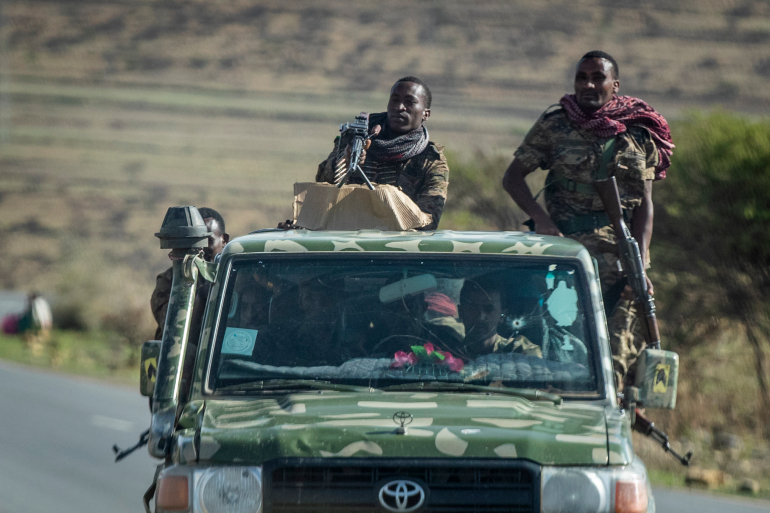 Ethiopia called Thursday on rebel forces in the war-hit Tigray region to adhere to a unilateral ceasefire it declared earlier this week, amid doubts about whether fighting would actually stop.

“The cessation of hostilities was taken unilaterally from our side. However, to implement this ceasefire fully, it needs two to tango,” foreign ministry spokesman Dina Mufti told a press conference. “The other side has to react to enact (the ceasefire) appropriately.” Monday’s ceasefire announcement by the federal government came after soldiers pulled out of Tigray’s capital Mekele, allowing troops from the Tigray Defence Forces (TDF) rebel group to move in. TDF spokesman Getachew Reda has described the ceasefire as a “joke”. He told AFP on Tuesday that the TDF was committed to driving all Ethiopian soldiers and their allies — notably troops from neighbouring Eritrea and from Ethiopia’s Amhara region — out of Tigray.

Ethiopian Prime Minister Abiy Ahmed, winner of the 2019 Nobel Peace Prize, sent troops into Tigray last November to oust the northern region’s former ruling party, the Tigray People’s Liberation Front (TPLF). He said the move came in response to TPLF attacks on federal army camps. His forces managed to take Mekele in less than a month, prompting Abiy to declare victory. But after months of regrouping, the rebels — having rebranded themselves the TDF — launched a  major counter-offensive last month that allowed them to retake Mekele. It was a dramatic reversal for Abiy, though the prime minister and other top officials have tried to play down its significance, and warned that they could seize control of the city again whenever they wanted.

The foreign ministry spokesman on Thursday disputed that the fall of Mekele to the TDF represented a military defeat. He said the two main objectives of what Addis Ababa has long termed a “law enforcement operation” in Tigray had been achieved: freeing federal soldiers detained by the TDF and weakening the rebels’ military capabilities. Analysts and diplomats, however, say the TDF now appears to control most of Tigray and has benefited from a deep well of popular support within the region. The conflict has already left thousands of people dead and pushed hundreds of thousands to the brink of famine.