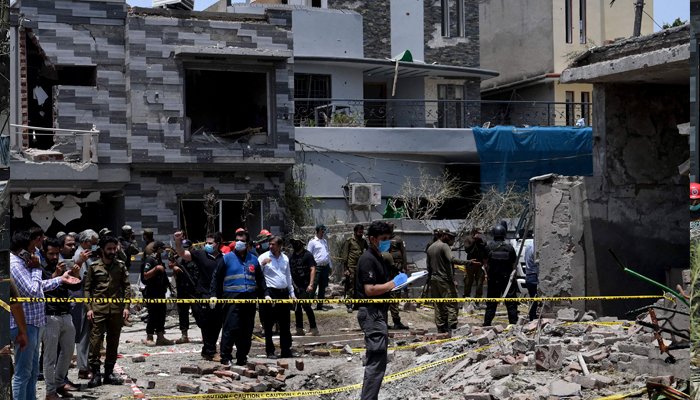 KARACHI: Law enforcing authorities (LEAs) on Friday raided the residence of a suspect- Peter Paul David- in Karachi for his alleged role in a blast at Lahore’s Johar Town.

According to details, the authorities raided the suspect’s home in Mahmoodabad and collected evidence from his home. They also succeeded in finding out as to where the driver of the car used in the blast had gone after parking it in Johar Town.

They said the driver had gone to Chowk Yateemkhana area of the city after parking the car from where he boarded a Peshawar-bound bus.

The agencies on Friday claimed to have arrested two more men who were in touch with David Paul, the main suspect in the case. According to officials, one suspect was arrested from Lahore while the second one from Khyber Pakhtunkhwa (KP).

According to the initial probe, Peter Paul David was involved in a scrap and a hotel business. “He has shifted his family to Pakistan from Bahrain in 2010 and returned to Karachi one and a half month back,” the report found.

It further emerged that during the span of one and a half months, he shuttled frequently between Karachi and Lahore. During his three-time visit to Lahore, he stayed there for 27days, the initial probe revealed and added the LEAs have also found evidence of his contacts with several people.

He said that elements who want to spread unrest and pressurise Pakistan will always fail as the country will never bow down to such tactics.

He reiterated that the Pakistani nation, along with the Army, will continue their journey towards progress and peace.