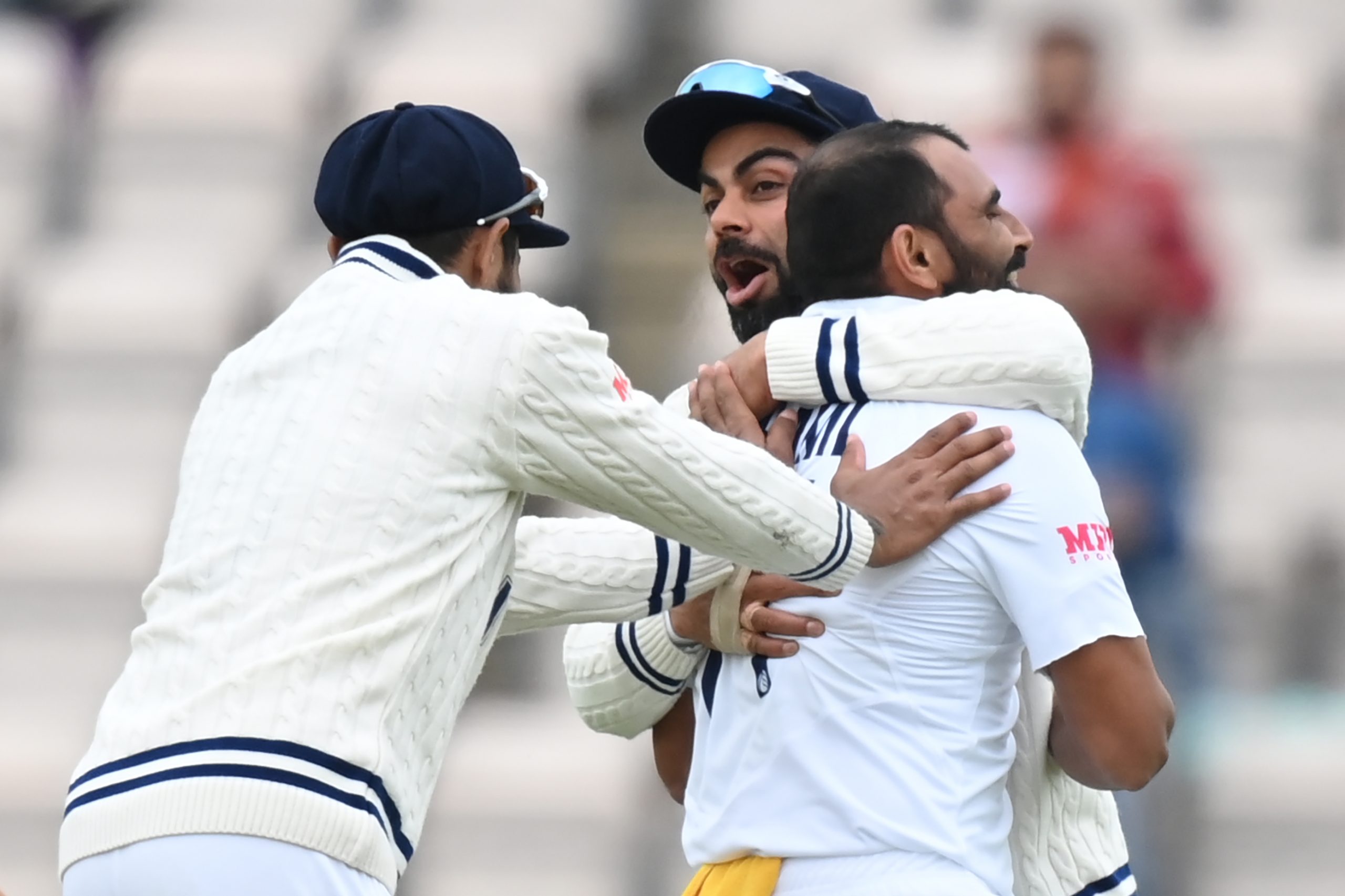 Mohammed Shami led the way as India’s pacemen reduced New Zealand to 135-5 as they revived the rain-marred World Test Championship final at Southampton as a contest on Tuesday.

Shami removed Ross Taylor (11) and BJ Watling (one), either side of Ishant Sharma dismissing Henry Nicholls (seven), to leave New Zealand still 82 runs behind India’s first innings 217 at lunch on the fifth day. New Zealand captain Kane Williamson, one of the world’s best batsmen, had taken 112 balls for his 19 not out — proof of just how tough it was to face a high-quality attack in overcast conditions.

Shami, meanwhile, had fine figures of 2-31 in 18 overs. Yet given a standard men’s Test lasts a maximum of five days this match, which has seen both Friday’s opening day and all of Monday’s play washed out without a ball bowled, would normally be heading towards a draw. But match referee Chris Broad and the umpires can take the game into Wednesday’s specially allocated reserve day in the hope a two-year process to crown Test cricket’s first official world champion might end with a winner in a match where the total prize money on offer is $2.4 million. With yet more rain delaying Tuesday’s start by an hour, New Zealand resumed on 101-2.

Williamson and Taylor, New Zealand’s two most-experienced batsmen, added just 16 runs in Tuesday’s first 13 overs, although Williamson did cover-drive Shami for a textbook four a ball after being beaten on the outside edge. But Shami had Taylor out for just 11 when a mistimed drive was caught by Shubman Gill at short extra-cover. Ishant, bowling from around the wicket, then had left-hander Nicholls well-taken by Rohit Sharma, moving across to his right at second slip. And there were huge cheers from the India fans among a hard crowd when New Zealand’s 134-4 was transformed into 135-5 as Shami clean bowled Watling, playing his last match before retirement, with a superb delivery that darted past the outside edge and hit the top of middle and off stumps.