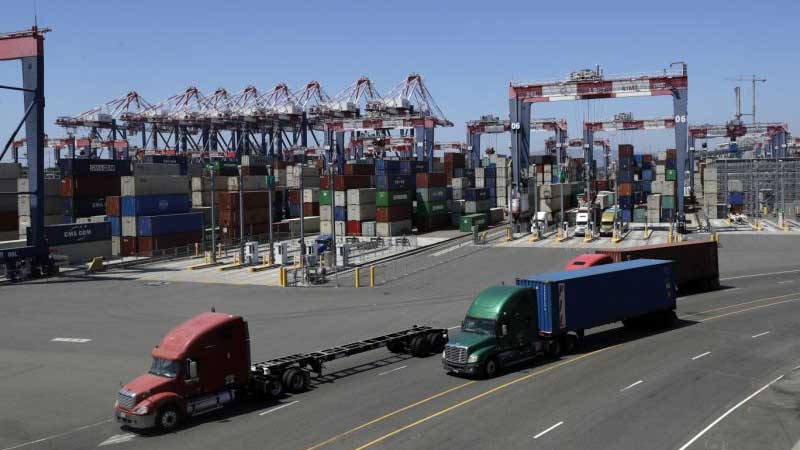 Yantian port, in China’s southern trade hub Shenzhen, stopped accepting new export containers in May after a local infection cluster involving port workers — stifling trade at a key point of the stressed global shipping network. Port authorities, who stopped processing the new containers for six days, have said operations will be back to normal by the end of June. Maersk — which operates in 130 countries and employs about 80,000 people — told AFP it would take a “few weeks” for the backlog to clear at the port, the world’s third-largest terminal.

It comes a week after the firm warned Yantian was “the most prominent bottleneck right now”. “The Yantian Port Authorities have announced that productivity will be gradually increased as more workers return to work and more berths reopen,” Maersk said Monday. Based on this, it added, the “backlog will be gradually cleared in the next few weeks”. The shipping industry has faced huge challenges since the start of the coronavirus pandemic, including a combination of jammed networks and surging demand. Yantian’s halt on processing containers exacerbated challenges which left shipping giants, manufacturers and logistics firms reeling.

“It was already hard to find containers before, and the situation is even scarier now,” said Alfred Wong, CEO of D&S Products Manufactory, which produces goods in Shenzhen. It is now “hard to predict” the wait for container space, he said, adding that delays in shipments had made it difficult for manufacturers to keep pushing out products. Wong added that it had become three to four times more expensive to ship to the United States. Maersk warned Monday there had also been a “ripple effect (that) has led to port congestion in nearby ports”. A staff member of logistics company JCtrans, surnamed Mao, told AFP some companies had tried to use ports in other regions, but that impacted on costs.

“Factories and businesses have pushed back their delivery dates, many to the following month,” said a staff member of another logistics firm, who wished to remain unidentified. “We’ve had no profits at all.” The Yantian port processed the equivalent of 13.3 million 20-foot units for foreign trade in 2020, Nomura analysts said, more than 10 percent of China’s foreign trade container throughput.

But Nomura expected export losses from the port disruption to be temporary, given China’s record of containing Covid-19 outbreaks, adding “most of the near-term export losses will be recouped later”.