Ethiopians pray for peaceful vote ahead of key election 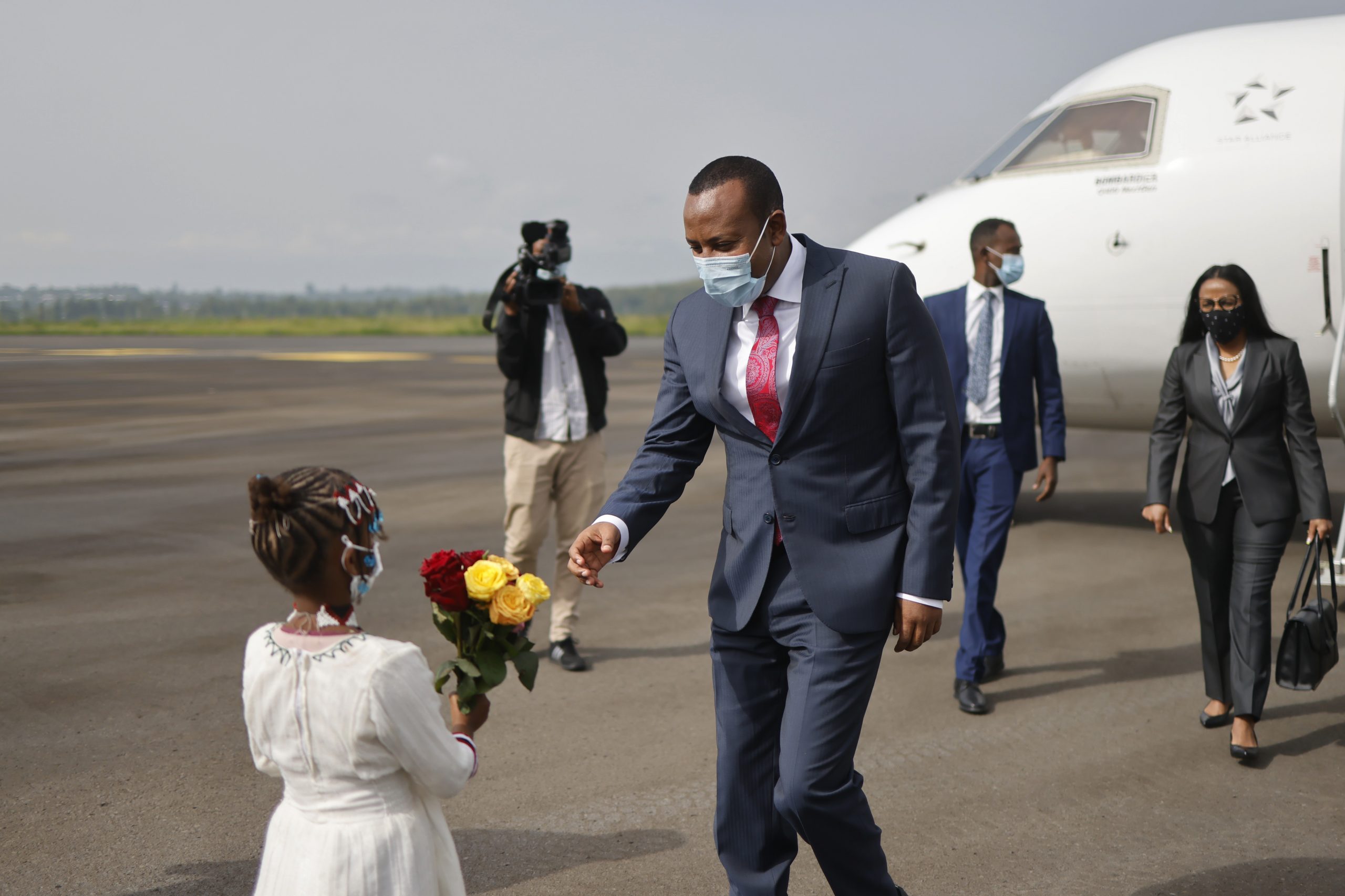 Draped in sacred white cloth, the procession drifted silently towards a priest calling the faithful to celebrate the Archangel Michael, a revered saint in Ethiopia.

Around dawn, thousands of worshippers gathered at the church in Amhara, the second-largest region of Ethiopia, which is staging long-awaited elections on Monday. The devotees — some bent over canes and others clutching children — offered prayers to Saint Michael in a church bearing his name and topped with metal crosses and a soaring Ethiopian flag in the city of Bahir Dar. Saint Michael is one of the major saints in Ethiopian Orthodox Christianity, a centuries-old faith at the heart of an ancient and proud civilisation that has evolved into Africa’s second-most populous nation.

“This is a great day for us… In our faith, we pray to Saint Michael to bring us peace, and to protect us from evil,” said Huluager Kinde, a 27-year-old worshipper. The silence is broken when the priests present a replica of the Ark of the Covenant — the chest that housed the laws of God handed to Moses. The crowd erupted into cheers at the arrival of the ark, the original of which is believed by Orthodox Ethiopians to be housed in Axum, an ancient town in the war-torn and famine-scarred region of Tigray.

No mention is made of the conflict that has ravaged the mountainous northern region for seven months, or the violent ethnic unrest that afflicted other parts of the country, including Amhara. But a popular chant taken up by the congregation called over and over for peace and unity — a timely and poignant message in a multi-ethnic country of 110 million on the brink of a historic and tense election. “Peace on Ethiopia, peace on our country, God please make our country at peace”, they sang in the ancient liturgical language Geez.

In the courtyard, some devotees immersed themselves in reading small, colourful Bibles while others kissed the floor and walls of the church. A priest gently tapped a wooden cross against the foreheads of the faithful, offering a blessing on this holy day. Leaving the church, Ebabu Tsega, his forehead marked with a cross drawn in ash, said the vote was “essential” for Ethiopia. “I am very happy to go and vote because I am going to elect those who are going to lead me and represent me,” the 29-year-old elementary school teacher said.

Prime Minister Abiy Ahmed, who rose to power in 2018 on the back of popular demonstrations against the government, promised to hold Ethiopia’s most competitive elections yet. Monday represents his first electoral test since the young prime minister embarked on a suite of democratic and economic reforms.

But many voters — including in parts of Amhara — will have to wait until September to cast their ballot, with elections postponed in about one-fifth of Ethiopia’s constituencies due to unrest and logistical problems. In Tigray, the war-torn region next door to Amhara, there will be no election at all. Gulilat Worku, another worshipper at the church in Bahir Dar, hoped voters would “peacefully accept” whatever the outcome of Monday’s poll.

“We pray that every Ethiopian participates in the election, and accepts the results,” the 34-year-old doctoral student said.