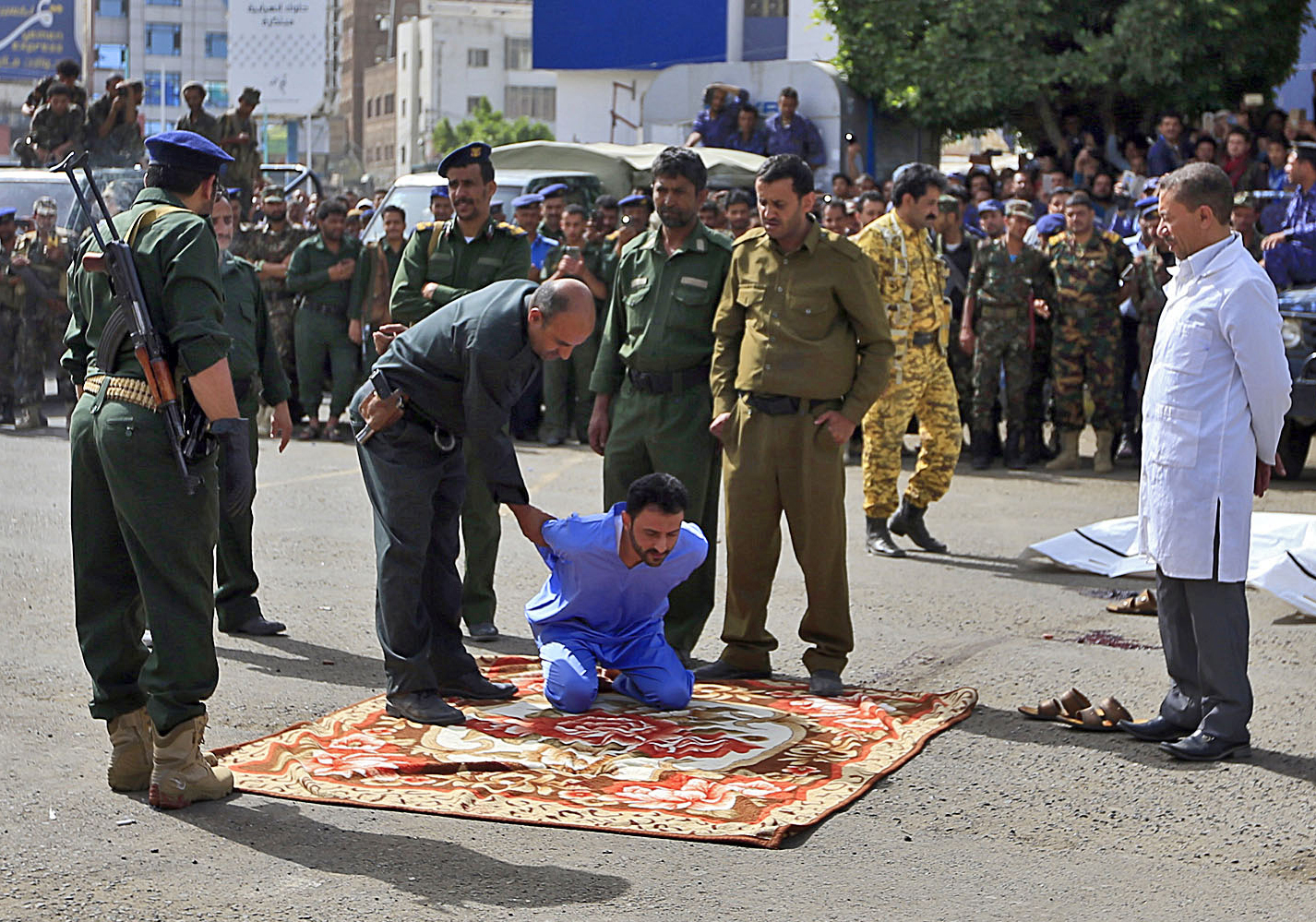 Hundreds of people gathered in Yemen’s rebel-held capital Wednesday to watch the execution of three men — two convicted of child rape and murder, and one of killing his daughters.

It was Sanaa’s first public execution since August 2018, when the rebels shot three men and hung their bodies from a crane for raping and killing a child. On Wednesday, the three convicts in blue prison uniforms were escorted to the central Tahrir (Liberation) Square where an executioner in green army fatigues and black gloves laid each face down on a red sheet before shooting them in the back. The Iran-backed rebels have made much of their crime-fighting efforts in areas under the control, which include most of the north of country. Those executed on Wednesday had been convicted of particularly heinous crimes. Ali Abdullah al-Noami was found guilty of leaving his three daughters to die in a water tank after a disagreement with his wife.

The two others put to death, identified by Yemeni media as Abdullah Ali al-Mukahali and Mohammed Abdullah Arman, had been convicted of raping and killing an eight-year-old boy. The Huthi rebels have retained control of swathes of the north despite a six-year-old military intervention by neighbouring Saudi Arabia and its allies in support of the beleaguered government. The conflict has pushed the country to the brink of famine in what the United Nations calls the world’s worst humanitarian crisis.