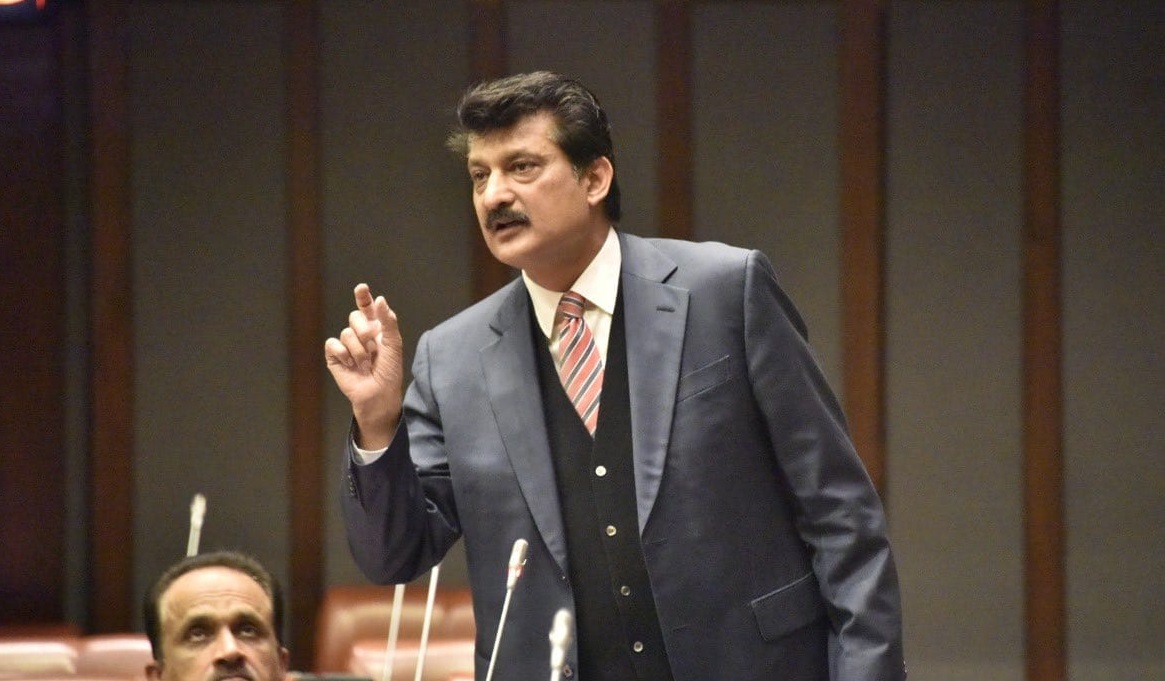 ISLAMABAD: Senate’s House Leader Dr Shahzad Waseem on Monday termed budget fulfillment of promise made by the Pakistan Tehreek-e-Insaf (PTI) in its elections manifesto with the nation that ‘one Pakistan not two.’

Taking part in the budget debate, he congratulated Prime Minister Imran Khan and his economic team for announcing an outstanding budget for the next fiscal year 2021-22. Despite several challenges, he said that a pro-people budget were presented which would bring progress and prosperity in the country.

Soon after 2008, the economic crisis was resurfaced in the country and many institutions were ruined economically, he said, adding that previous regimes had left serious economic threats. With PTI-led government, he said that there was two choices to bankrupt this country or go to the International Monitoring Fund (IMF).

He said that this was difficult decision for the government to go IMF. He said that COVID-19 was another challenge for the government. However, Imran Khan had took right decisions keeping in view the ground realities, he said. He also paid tributes to the doctors and health staff for their outstanding services.

Dr Shahzad Waseem said the government was also given special financial relief package to the poor segment during pandemic. He said that Pakistan had got success against the COVID-19 pandemic due to the tremendous leadership of Imran Khan. He said that current account deficit was surplus today due to efforts of the government.

He said that the overseas Pakistanis would be given right of vote and they would also be part of legislation. He said that despite COVID-19 and all kind of challenges, Pakistan had made record four percent growth. He said that this was just start and the next year it would further grow to six percent.

He said the most important requirement was accommodation and people would get this facility. He said that free technical and vocational training was being underway for the youth. He said that health insurance card was also provided to people in Khyber Pakhtunkhwa and now project was also underway in Punjab province.

He said that special financial assistance was also announced for the farmer community. Dr Shahzad Waseem said that agriculture plan was also announced to provide better seeds and water and other facilities to the farmers. He said Information Technology (IT) sector had made record 40 percent growth in last 10 months, adding that the government was also given industry status to the IT sector.

The house leader said that youth was an asset not liability, adding that the Kamyab Jawan programme and artificial intelligence programme were underway. He said that Imran Khan had clearly asked IMF that prices of electricity would not be raised at any cost. He said the present government was working on the improvement of transmission system and distribution of power.

He said that maximum funds were allocated for all the provinces, including Sindh and Balochistan. He said that budget was doubled for the higher education. He said that the climate change was also on the government agenda and efforts were underway.