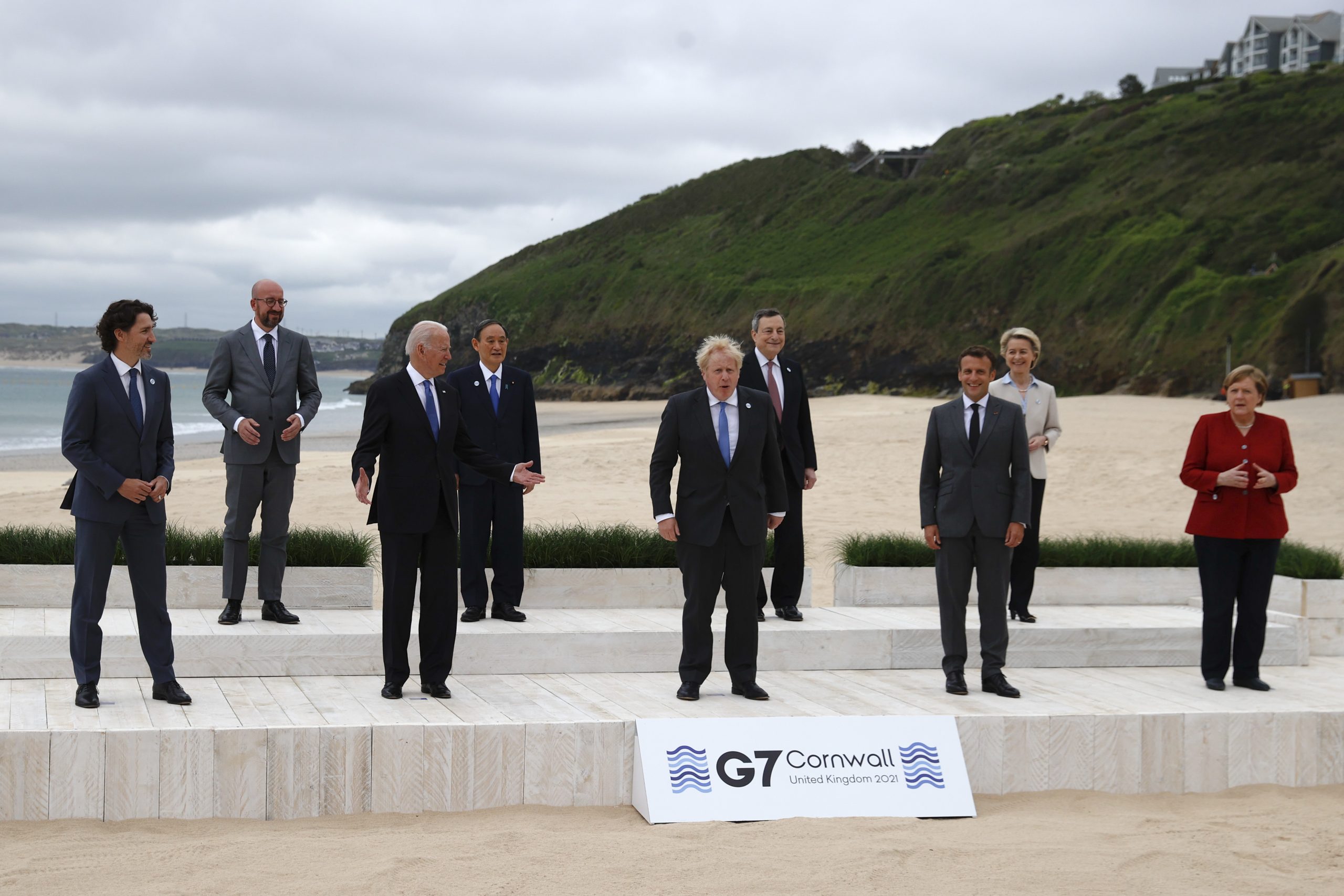 G7 leaders on Saturday adopted a rival plan to oppose China’s Belt and Road Initiative by helping build infrastructure in poorer nations in a “values-driven, high-standard and transparent” partnership.

The adoption of the US-inspired “Build Back Better World” (B3W) project came after President Joe Biden and leaders met to address “strategic competition with China and commit to concrete actions to help meet the tremendous infrastructure need in low- and middle-income countries”, the White House said. China has been widely criticised for saddling small countries with unmanageable debt as part of its trillion-dollar Belt and Road Initiative, which has seen money lent for projects stretching across Asia, Africa, Latin America and even Europe. President Xi Jinping launched the BRI in 2013 to significantly expand China’s economic and political influence, with many of the infrastructure plans seen as helping deliver its goods globally.

China denies any ulterior motives to the vast investment project. But critics argue it uses the financial leverage arising from the scheme to boost its clout, in what they dub “debt-trap diplomacy”. The White House said the G7 initiative would be similarly global in scope, estimating that the developing world needs more than $40 trillion in infrastructure, a gap “which has been exacerbated by the Covid-19 pandemic”. “B3W will collectively catalyse hundreds of billions of dollars of infrastructure investment for low- and middle-income countries in the coming years,” it said.

Funding will emphasise the environment and climate, labour safeguards, transparency, and anti-corruption, it added, in implicit contrast to China’s opaque funding. Further details would come in the G7 summit’s final communique on Sunday, the White House added. The issue is close to home for the elite club of wealthy democracies. Italy was the first member nation to sign on to the BRI, infuriating Washington as well as much of the European Union. President Xi visited the country on a 2019 tour of Europe, with Italy’s formal signing of Belt and Road deals the centrepiece of the trip. EU member Greece is another backer of the scheme. A notable 2008 deal by its then conservative government ceded container terminals at the main port of Piraeus to Chinese shipping giant Cosco.