In need of climate change governance

President Joe Biden stayed away from this global event despite the US comeback to the Paris Agreement on climate change. This once again shows Pakistan’s status on this new administration’s priory list. Back in April, Islamabad was humiliatingly not among the first 40 invitees to Biden’s much-touted virtual climate change summit and was only included at the last minute; following shamelessly repeated requests for a seat at the table. So, this is where Pakistan currently stands regardless of any talk of successful historic moments.

We must congratulate Special Assistant to Prime Minister (SAPM) Malik Amin Aslam, a non-elected but selected position, for relentlessly spotlighting Pakistan’s climate agenda. And while he has not managed to deliver on all fronts — he has, nevertheless, secured some feathers in his cap. Unfortunately for Malik, though, Pakistan needs more than an environmental wordsmith.

There have been increasing murmurs of late about how Malik is an expert at using professionals and their ideas before dumping them just so; takin over others’ space before maneuvering into his designated position. The general consensus is that he has always strived to overshadow Minister of State for Climate Change Zartaj Gul, an elected MNA no less. So far, Aslam has been successful. Gul now stands virtually sidelined; with or without the knowledge of the Prime Minister, one cannot say. Yet there are those who are ready to point to Zartaj Gul’s case as evidence of a blatant gender discrimination that does not even spare women parliamentarians.

Malik Amin Aslam has relentlessly spotlighted Pakistan’s climate agenda. And while he has not managed to deliver on all fronts — he has, nevertheless, secured some feathers in his cap. Unfortunately, Pakistan needs more than an environmental wordsmith

Malik Amin Aslam, undoubtedly, knows a lot about the environment and climate change. Perhaps, more than anyone else in the PM Imran Khan’s cabinet. On a personal level, I have the utmost respect for his climate vision and related initiatives for this country. Indeed, I have gone out of my way to support and promote these where necessary. But this does not mean turning a blind eye to manoeuvring that has seen a handful of people at the Ministry of Climate Change (MOCC), including the officials of the Pakistan chapter of International Union of Conservation of Nature (IUCN, run things in an entirely insular manner. The result being that the rest of the practitioners and organisations remain out of the loop.

Malik is one of the IUCN global council vice presidents and is also an an aspiring candidate for the presidency in the upcoming elections, due later this year. Yet this has, at times, given way to a conflict of interests within the MOCC. Such as when the Ministry ‘disappears’ letters forwarded by Malik that are not from the IUCN and its aides. Thereby undermining commitments to fair and just policies as well as equal opportunity. The priority should always have been translating the PM’s entire ‘climate vision’ into outcome-based action. But this has not happened. Already, Khyber Pakhtunkhwa audits have pointed to the prevalence of a “bubble performance” regarding the Billion Tree Tsunami project. Soon, the audits will speak about the Ten Billion Tree Tsunami. Although not much is expected from these since Malik has appointed both IUCN Pakistan and WWF Pakistan to conduct the mid-term review of this project; both of which are his blue-eyed boys.

I would therefore advise PM Khan that before pledging to restore natural ecosystems, he needs to revamp the ‘ecosystem’ of the MOCC. The IUCN global secretariat should also take note of the discrepancies within the Pakistan chapter. Or will the IUCN overlook this and risk the organisation’s global repute, dedicated work and professional ethics? Remember: reputation and goodwill is built over decades and lost in a matter of mere days.

The event at the Jinnah Convention Centre in Islamabad was yet another golden opportunity for Khan to speak to the global community. A live telecast delivered his well-thought out speech on ‘Ecosystems Restoration’. It was good to hear different parts of past addresses included in this one. Good to hear the repeat.

Nevertheless, the PM rightly mentioned that: “some issues needed the world’s attention to reduce carbon emission leading to glacier melting posing threats to countries like Pakistan and Central Asia where rivers were fed by glaciers. Eighty percent of Pakistan’s water comes through glaciers that are being severely affected due to global warming. India and several other countries will also be impacted by this [glacial melt].”

We can only hope that he is in the know vis-à-vis the MOCC implementing a Green Climate Fund (GCF) project, phase-II of the Glacial Lake Outburst Floods (GLOF) with the technical support of the UNDP. The $35-million project’s duration has run from March 2017 and will conclude in December 2022 and is in dire need of an independent audit, especially given that the project manager’s appointment was delayed for a year. It is still unclear why the previous manager was let go. Thus the GLOF secretariat’s ecosystem also needs close attention. Not least because GCF funding would be jeopardised if any sort of corruption or even bad management came to light.

The top political leadership must therefore first tackle the challenges of climate governance and restoration of the socio-political ecosystem. For a questionable hierarchy does not suit a party that is mandated to uphold justice, equal opportunities and fair play.

The writer is a freelance journalist and broadcaster, Director Devcom-Pakistan, an Islamabad-based policy advocacy and outreach think tank. He can be reached at devcom.pakistan@gmail.com and tweets @EmmayeSyed 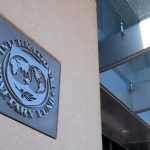