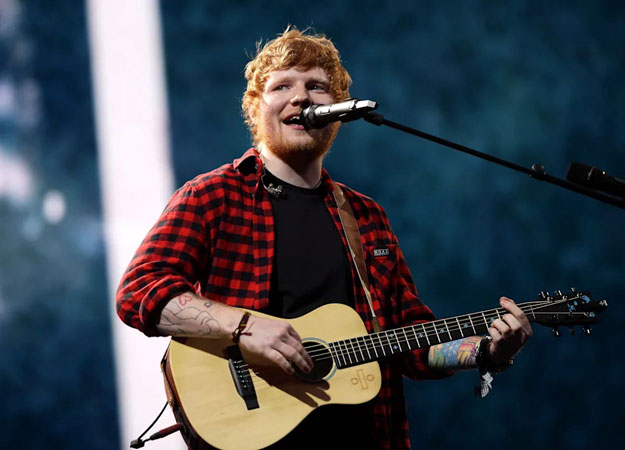 Ed Sheeran is set to unveil new music at a gig at his beloved Ipswich Town’s football ground. The singer will take to the stage at the venue later in June as part of TikTok’s UEFA Euro 2020 Show, and the show will be streamed on his TikTok channel.

He announced the news on social media in a video featuring David Beckham.

The video sees Beckham and Sheeran chatting on the phone, with the football star telling the singer he’d better start working on his ball skills ahead of Euro 2020.

But Sheeran, 30, sets the record straight and explains that he’s not playing, but singing.

He also suggests he and Beckham could team up for a duet, before the other line suddenly goes dead.

The show takes place on 25 June, a date that Sheeran had already teased might be one for the calendar.

Earlier this week he shared a video on Instagram showing him and his friend Courteney Cox playing music together.

The caption was simply “25th June”, which sparked speculation that something was on its way.