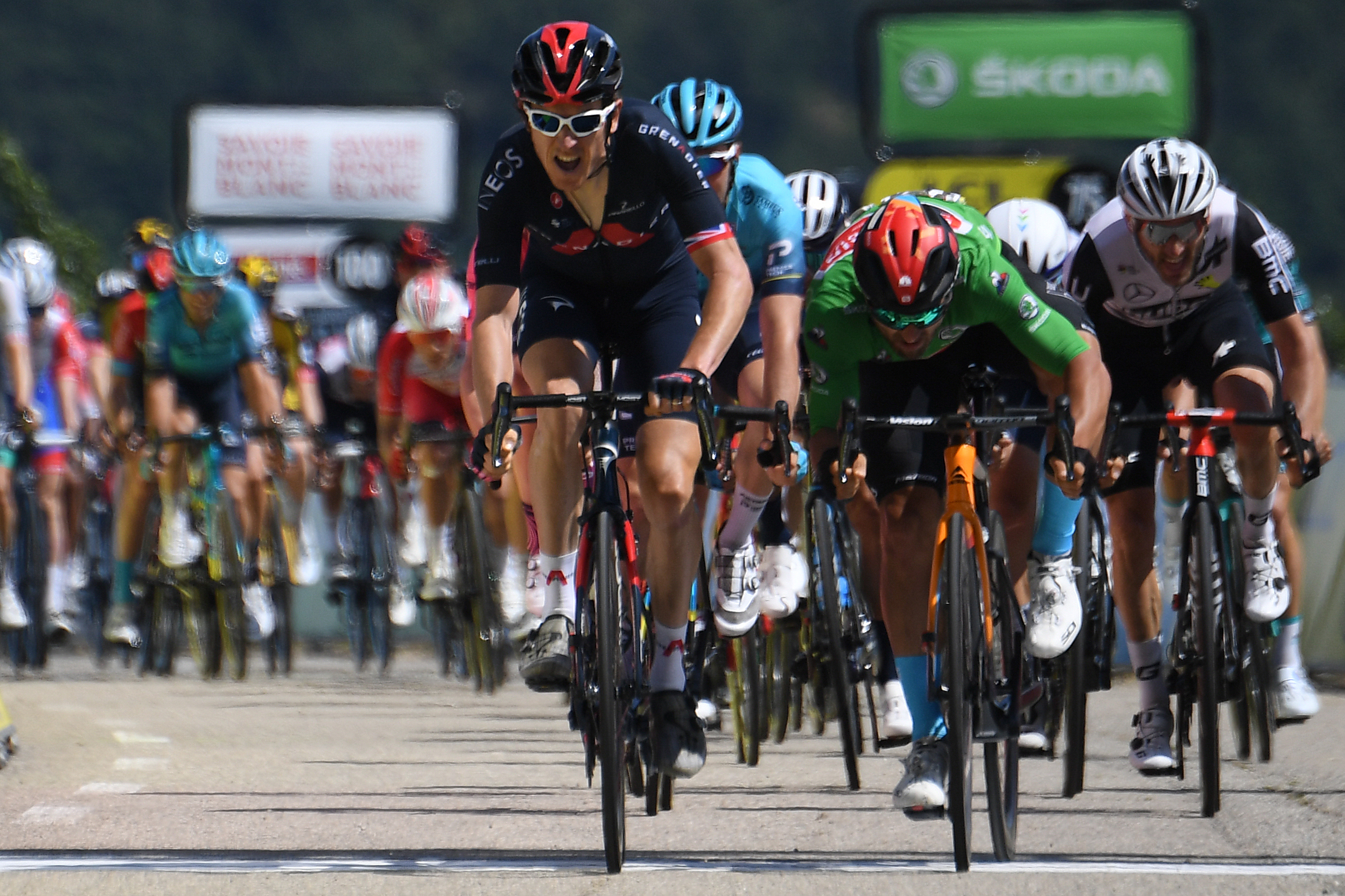 A surprise break a kilometre from the line saw Geraint Thomas open a gap and just hold on to win stage five of the Criterium du Dauphine on Thursday.

The Welshman won this stage race in 2018 before going on to clinch the Tour de France that year. His daring tactic this time around saw him earn 10 bonus seconds and climb to sixth overall, 14 seconds off the lead.

The move sits well with the ‘cycling with a smile’ philosophy Ineos principal Dave Brailsford is touting and with which the team recently won the Giro twice in succession. Team Bora’s Lukas Postlberger of Austria retains the race leader’s yellow jersey, but with three mountain stages remaining will likely wear it a final time Friday. “It wasn’t planned,” Thomas insisted of his break after edging sprinter Sonny Colbrelli to the line. “I knew it was all lined out and the last bit was a little twisty and just said: ‘Sod it, just go for it’,” said Thomas, a former Olympic and world team pursuit champion. Coming into a corner a kilometre out and leading the pack Ineos rider Michal Kwiatkowski slowed to allow Thomas to open a small gap that he held but almost lost at the last gasp. “To be honest I didn’t think I had it on the line,” Thomas said. “Man, Colbrelli passed so fast he nearly took my arm off.” The 35-year-old Thomas adds this stage win to the Tour of Romandy he won this season.

Friday’s sixth stage takes in four mountains in the final 50km of a 167.2km run from Loriol-sur-Drome to Le Sappey-en-Chartreuse.