Pakistan to include APHC leaders in its global campaign on Kashmir 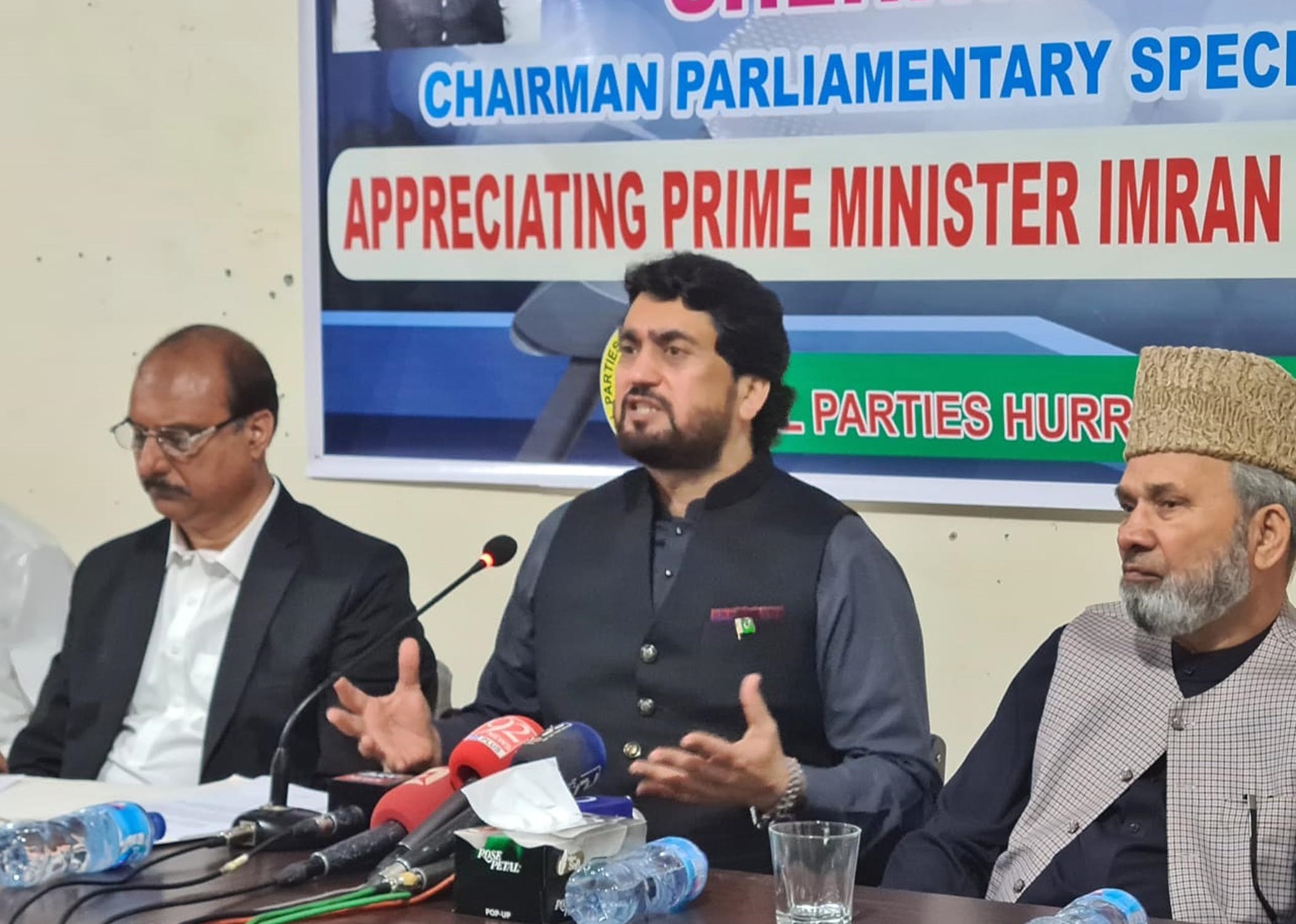 ISLAMABAD: Parliamentary Committee on Kashmir Chairman Shehryar Khan Afridi on Thursday pledged to give representation to the All Parties Hurriyat Conference (APHC) leaders in his committee’s diplomacy with the global community on Kashmir.

Addressing central Hurriyat leaders at the APHC headquarters, he said that since overtaking affairs of the government, Prime Minister Imran Khan had transformed the country’s policy on Kashmir and the PTI remains committed to the cause of Kashmir.

The Kashmir Committee chairman said that humanity was suffering even in the 21st century as the disputed state was the place where barbaric crimes were being committed against humanity. He said Pakistan has a commitment towards the Kashmir cause and no one can change the love bond between Pakistani and the Kashmiri people.

Whether it is the statement at the UN General Assembly in 2019 or today, the commitment of Imran Khan was unwavering towards Kashmir and its people, he said. He also said that whether it was Indian occupation or the Israeli occupation, Pakistan had a principled stance against the occupational regimes, he told the Hurriyat leaders.

“We will never compromise over our commitment with Kashmiris and Palestinian people fighting for freedom from occupational forces,” he said. In line with directions of Prime Minister Imran Khan, he said that he had activated the Kashmir Committee to help raise Kashmir issue at all national and international forums.

He said that though the Covid-19 pandemic had badly hurt campaign of the Kashmir Committee on the issue still the committee had adopted innovative measures to help connect with the international organizations and lawmakers of the world through virtual meetings. He said the Kashmiris needed to be provided international platforms to build the case of Kashmiri freedom struggle and the Kashmiris could convince the world on freedom movement.

He said that Pakistani and Kashmiri youth and rights campaigners must join hands and build campaigns on social and conventional media. He said that he was engaging the Pakistani youth to sensitize them on the Kashmir issue as due to the failure of the past governments, the youth stands disconnected from the Kashmir cause.

He said that Prime Minister Imran Khan’s recent statement on trade with India has left no doubt on Pakistan’s loyalty to Kashmiris. APHC Convener Syed Faiz Naqshbandi said that APHC values steps taken by the Kashmir Committee under the chairmanship of Shehryar Afridi.

Tehreek-e-Hurriyat representative Ghulam Mohammad Safi said that their party leader Ashraf Sehrai had led the freedom struggle by laying down his own life and his son. He lauded the statement of Prime Minister Imran Khan and his commitment to the cause of Kashmir.

Syed Yousaf Naseem said that the way Shehryar Khan Afridi was leading the struggle for Kashmir had rekindled hopes of the Kashmiri people. He said that the freedom fighters had took up arms against Indian occupation under the United Nations conventions. APHC convener Muhammad Hussain Khateeb said Prime Minister Imran Khan had won hearts and minds of all Kashmiris.