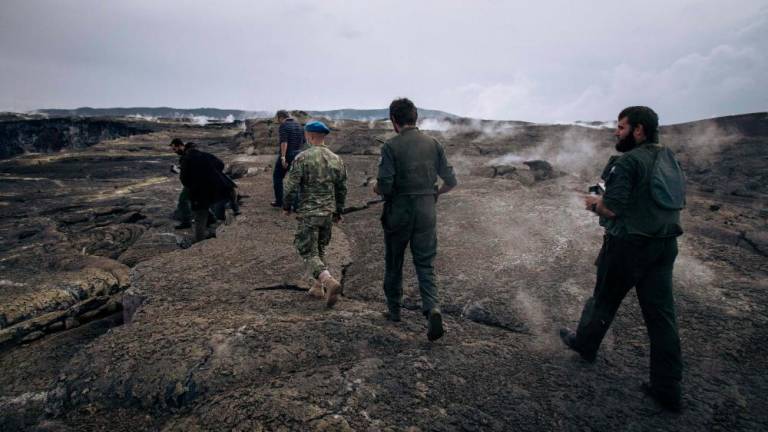 Orders on Thursday to evacuate Goma, a city lying in the shadow of DR Congo’s Mount Nyiragongo volcano, have shed light on a rare but potentially catastrophic risk — a “limnic eruption,” when volcanic activity combined with a deep lake can spew out lethal, suffocating gas.

The phenomenon first came to the world’s attention in August 1984, when 37 people mysteriously died at Lake Monoun in western Cameroon. Scientists found that dissolved carbon dioxide (CO2) gas in the depths of the lake had erupted, creating invisible clouds at the surface that were borne by winds into homes and fields, snuffing out life. Two years later, more than 1,700 people and thousands of cattle died in Lake Nyos, also in Cameroon, strengthening the belief that earthquakes and volcanic activity can trigger these unusual events. More than 600,000 people live in Goma, although the region’s population is around two million, in addition to more than 90,000 people who live across the border in the Rwandan city of Gisenyi. Both cities lie on the northeastern shore of Lake Kivu, which is dominated by Nyiragongo, a strato-volcano nearly 3,500 metres (11,500 feet) high that straddles the East African Rift tectonic divide. The much-feared volcano roared back into life on Saturday, spewing two rivers of lava over the next day that have claimed 32 lives and left around 20,000 homeless. This was followed by hundreds of aftershocks, some of them the equivalent of small earthquakes, that have collapsed or destroyed several buildings, ripped cracks in the ground and terrified the population.

The evacuation order comes on the heels of a warning by the Goma Volcano Observatory (OVG), which monitors the pulse of Nyiragongo and the Nyamuragira volcano, 13 kilometres (nine miles) away. In a technical note seen by AFP, the OVG said it saw worrying signs of activity by Nyiragongo that pointed to three potential outcomes. In the first two scenarios, Nyiragongo would erupt again, sending renewed lava flows southwards towards Goma and Gisenyi, destroying buildings in their path before reaching Lake Kivu. In both cases, the quantity of lava likely to enter the lake would not be enough to raise its deep-water temperature by at least one degrees Celsius (1.8 degrees Fahrenheit) — a key condition for a limnic eruption. But in the worst-case scenario, lava flows from Nyiragongo would combine with volcanic activity under the floor of the lake. This activity could take the form of a “fissural or phreato-magmatic eruption under the lake and/or a large earthquake of 6.5 or 7 magnitude,” the OVG said. In this scenario, “a limnic eruption would take place and dissolved gas in the lake’s deep water would rise to the surface, especially CO2, asphyxiating all living beings around Lake Kivu on the Congolese and Rwandan side.”

“There would be thousands of deaths,” the OVG said, spelling out the need for resources to carry out an “urgent exploration” of Lake Kivu.

The OVG also cautioned against the use of rainwater for drinking or washing food, given the ashfall from the volcano. Six volcanoes dot the Goma region, dominated by Nyiragongo, which is 3,470 metres (11,400 feet) high, and Nyamuragira, 3,058 metres. Nyiragongo last erupted on January 17, 2002, killing more than 100 people and covering almost all of the eastern part of Goma with lava, including half of the airport’s landing strip. Its deadliest eruption was in 1977, when more than 600 people died. Nyamuragira is also highly active, with its last major eruption a decade ago.