Remembering the iconic Nanha on his death anniversary 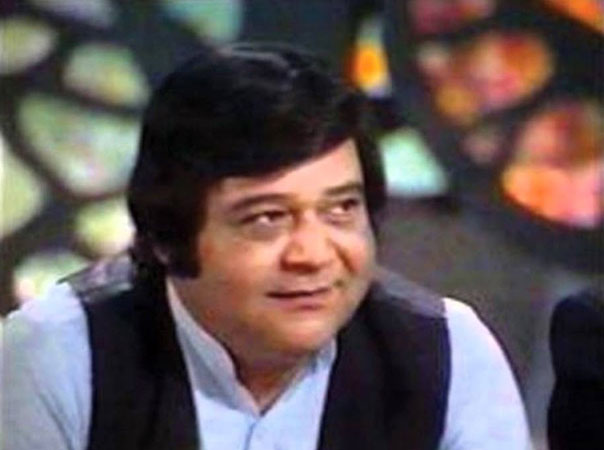 Rafi Khawar alias Nanha one of the prominent names in Pakistan’s film industry during its golden era made a mark through his eccentric comedy, facial expressions and ability to utter extempore jokes during movies without any script.

He gave Pakistan several hit movies and an iconic television play Alif-Noon that continued to entertain Pakistanis for more than two decades.

Nanha earned exemplary fame before going through a long phase of decline that eventually led to his tragic death. Nanha left this world on 2 June 1986 around 35 years ago but his acts and the work that he did are still liked by the audience.

Early in his career, he used to play minor roles in Punjabi movies since in the presence of Munawwar Zareef and Rangeela it was difficult for him to make a place for himself in Lollywood. However, all that changed after the film Ziddi and later on with the Urdu film Naukar. He began to be paired more frequently in comic roles with Tammana Begum in Urdu movies, playing the role of a father, grandfather, or servant. Nanha got the chance to play the lead character in the movie Tekhan Pahelwan-1979 and Dubai Chalo, the same year that became a blockbuster movie.

When Punjabi movies started gaining fame across the country Nanha along with Rangeela and Ali Aijaz was assigned the task to play the comic roles in those movies and Nanha proved his mettle in presence of the two big names.

He continued to thrive as one of the leading comedians of the industry until he met Kamal Ahmad Rizvi who cast him for the role of Nanha, an innocent soul who believes in helping the people rather than duping and deceiving them to earn unlawfully.

Early in his career, he used to play minor roles in Punjabi movies because Munawwar Zareef and Rangeela used to be cast as the main leads

The drama Alif-Noon became a mega-hit and people started recognizing Rafi Khawar as Nanha and his partner Kamal Ahmed Rizvi who was also the writer of the super hit play as Alan.

After remaining in the limelight for almost two decades Nanha faced a decline in his career following which Nazli with whom he had fortuitously fallen in love started ignoring Nanha who once introduced her to the industry.

The arrogance of Nazli and the indifferent attitude of film directors had torn him apart from the inside and he preferred to live alone away from the charming life of the film industry. 2 June 1986 was a terrible day in the history of the Pakistan film industry when we tragically lost a legendary film actor.

His family members heard gunshots and when they broke open the door of Nanha’s room they saw him lying in the pool of blood. A pistol and a suicide note were also lying beside his body. The Suicide note read; “I am responsible for my death and Nazli Should not be held responsible for that”.

The article has been written and contributed by Kamran Khamiso Khawaja who is a law student and a columnist. He can be reached at kamran.khowaja338@gmail.com and tweets at @ZaibSha1