Copa America taken from Argentina due to Covid, moved to Brazil 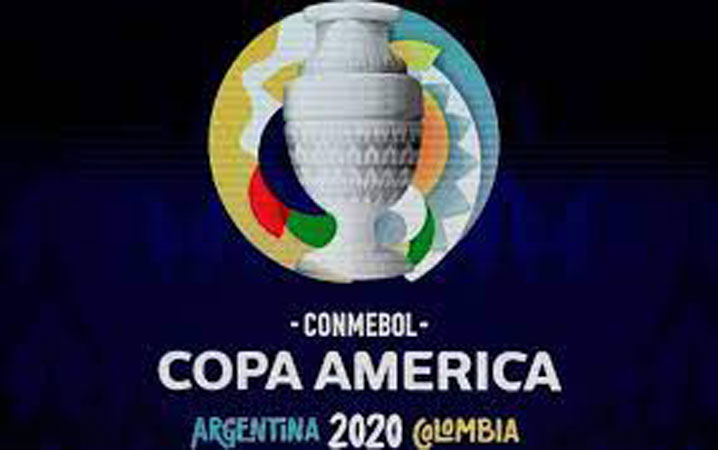 ASUNCION: South America’s largest football tournament, the Copa America, was moved Monday to Brazil, bracing for a third coronavirus wave, after Argentina was stripped of hosting duties due to its own pandemic surge. Argentina was to have co-hosted the June 13-July 10 football spectacle with Colombia, which was itself disqualified by football federation CONMEBOL over violent social unrest. With two weeks to kick-off, the federation tweeted Monday that “The CONMEBOL Copa America 2021 will be played in Brazil!” a day after it cancelled Argentina’s hosting of the event “in view of the current circumstances”. Originally scheduled for last year, the Argentina-Colombia Copa, to be played without fans, was postponed by 12 months due to the coronavirus epidemic.

It would have been the first time in its history that the tournament was co-hosted by two countries. New host Brazil is one of the countries in the world worst affected by the coronavirus outbreak, with the second-highest death toll of over 460,000 so far and more than 16.5 million cases. The Fiocruz research institute has warned of a new surge in the pandemic in the country already hard hit by a more infectious new strain, and where many people have died due to a shortage of hospital beds and oxygen.

Record surge: Ten days ago, the tournament lost a co-host in Colombia, which had its games stripped by CONMEBOL amid social unrest that has now entered its fifth week and claimed dozens of lives. This left Argentina as the sole host, but on Sunday, CONMEBOL also disqualified it amid a record surge that has seen a daily death toll of about 500 on average, and between 21,000 and 40,000 new cases per day. The country has had more than 77,000 deaths in the pandemic to date and nearly 3.8 million infections.

On May 22, Argentina entered a nine-day lockdown in the hopes of flattening the infection curve ahead of the sports event. The country had presented a “strict protocol” to CONMEBOL for hosting the tournament, which involved preparing additional stadiums and reducing the size of each team’s delegation. But a poll last week found that 70 percent of Argentinians believed the country should withdraw, and CONMEBOL agreed. “CONMEBOL informs that in view of the current circumstances it has decided to suspend the organization of the Copa America in Argentina,” the governing body tweeted.

Epidemiological alert: Argentina’s President Alberto Fernandez said he had asked CONMEBOL for “time” until Monday to analyze the health situation, but that the country was “on epidemiological alert”. His chief of staff, Santiago Cafiero, added that “with so many cases we could not carry out an organization of these characteristics. Argentina had a commitment that we tried at all times to meet, but the epidemiological reality prevented it”. In Brazil, opposition congressman Marcelo Freixo was among the first to denounce the latest move. “Argentina refused the Copa America because of the worsening pandemic. There, the average of deaths in the last seven days was 470 people… Here, it’s 1,844. FOUR TIMES MORE. This is a picture of a murderous government.”