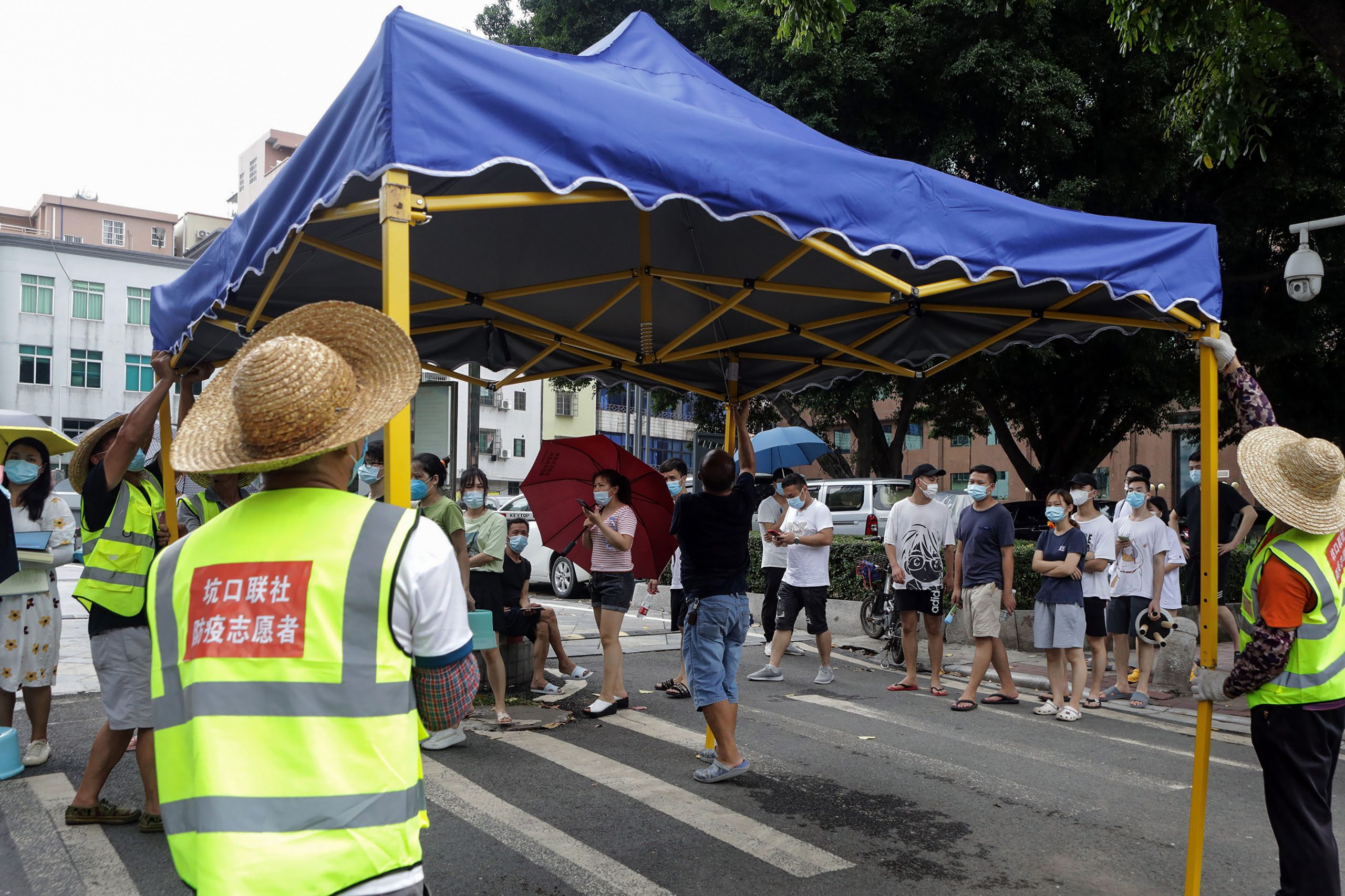 Chinese authorities impose fresh travel limits, cancel flights and test thousands of residents in Guangdong after the coronavirus variant first detected in India is found in China’s most populous province.

– Jabs for all French adults –

France opens up vaccines to all adults a week before Germany, as Europe races to avoid another wave of infections caused by new Covid-19 variants.

Fans at the Games in Tokyo may have to be vaccinated or test negative before being allowed into venues, a report in Japanese newspaper Yomiuri Shimbun says.

The remote Pacific nation of Palau reports its first confirmed case but authorities say it was a past infection that poses no transmission risk.

– No Copa in Argentina –

Several World Cup football qualifiers scheduled to be played in China are moved to Dubai over infections in the Syria and Maldives teams, the Chinese Football Association says.

The pandemic has killed at least 3,543,125 people worldwide since the virus first emerged in December 2019, according to an AFP compilation of official data. The US is the worst-affected country with 594,431 deaths, followed by Brazil with 461,931, India with 329,100, Mexico with 223,507 and Britain with 127,781. The figures are based on reports by health authorities in each country, but do not take into account upward revisions carried out later by statistical bodies. The WHO says up to three times more people have died directly or indirectly due to the pandemic than official figures suggest.