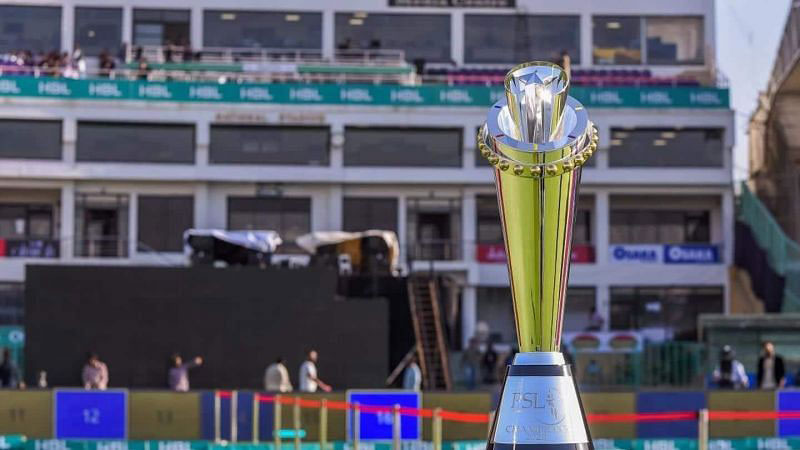 LAHORE: The PSL reached the United Arab Emirates (UAE) on Thursday and began a quarantine period, at the end of which the league will resume a disrupted sixth season. Only 14 games were possible earlier this year in Karachi after a Covid-19 outbreak among players and staff ground the season to a halt. The remaining 20 games were originally meant to be played in Karachi again but had to be relocated to Abu Dhabi after the Pakistan Cricket Board (PCB) and franchises worried about a worsening Covid-19 situation in the country. Negotiations with Abu Dhabi authorities to stage the tournament in the emirate had to overcome a couple of difficult moments – as recently as two nights ago the season was in danger of not going ahead again –– but the PCB has managed to put most of its pieces together now.

There are still details to be ironed out, not least a definitive start date, but around 270 personnel including local and overseas players, support staff, production crew and PCB officials landed in the UAE and are undergoing quarantine periods in hotels. There do remain a batch of players and league personnel yet to arrive from Pakistan, as well as broadcast production crews from India and South Africa. Before the end of this month, all stakeholders should be in place and in quarantine, though the staggered arrivals and differing quarantine periods means the start date will definitely be pushed back further. Given how the season ended in Karachi, considerable focus will be on the bio-secure environment that a UK-based safety and technology company has established for the league. Some key differences are clear between the operating procedures in the bio-secure environments for the Abu Dhabi leg as compared to the Karachi leg.

Longer quarantine periods: The contingent from Pakistan that has already landed will be in a hard quarantine for seven days, while those arriving from India and South Africa (mostly broadcast production crew) will have to undergo a ten-day quarantine period – that is because of the travel restrictions in place in the UAE for those flying in from those two countries. In the Karachi leg, the quarantine period was three days. Everyone will be tested on the day of arrival and will undergo three further tests in seven days before they join the bubble. The quarantine in the hotels will be strictly contact-free and nobody can meet anyone in that time. Individuals joining at a later date after the teams have entered the bio-secure environment will have to serve their mandatory quarantine period in the hotel but on a separate floor. There are no exceptions for anyone who has had a Covid-19 infection, or has received a vaccine.

The batch from South Africa and India will be required to clear a PCR test on days eight and nine in order to allow for the individuals to join the bio-secure environment. Additionally, there will be daily temperature and symptom screening through the season.

What if someone tests positive? Anyone testing positive or showing symptoms will be immediately isolated from rest of the squad by the team doctor or team manager. If someone does test positive they will have to isolate for a minimum of 10 days on a different floor. The individual will be tested again on Day 9 and Day 10 of the isolation and following two negative RT-PCR test results and no further indication of symptoms will be allowed to re-enter the bio-secure environment. But given the tight window of the tournament, the chances of individual making back in the bubble with the team are unrealistic. In case of false positives due to historical infections, the guidelines call for serology tests and repeat RT-PCR tests. A negative test will allow the participant to re-enter the bio-secure environment.

How many bio-secure bubbles are there? There are three bubbles for the league. Bubble A is for players, support staff, match officials, hotel staff and PCB officials. Additionally, unlike Karachi, the teams will be staying in different hotels (two teams per hotel, on different floors). Bubble B is at a different hotel and is for the broadcast production crew and key event management personnel. Bubble C is for accommodation dedicated to the groundstaff. In Karachi all six teams were staying in one hotel and players travelled with families. This time round, in Abu Dhabi, families have not been allowed and, unlike Karachi where teams did interact with each other in the hotel, “maximum possible efforts will be made to avoid cross-interaction between teams at the hotel” this time.

Track and trace: One of the biggest and most significant differences with the Karachi leg is the use of a GPS fob tracking devices which has been given to every single person in all three bubbles. These are mandatory to wear at all times other than during swimming, training and in a game. “This is to ensure the tracking is consistent for detecting live interactions with others,” according to the document. The device has the ability to track movements within the bubble and trigger a beep in case of a breach where an individual crosses over into an area he/she is not supposed to be in. Most importantly, the devices will be used to trace close and casual contacts in case of a positive test. In Karachi, each team had a Covid-compliance officer with each franchise. They were assigned to help the team to abide by the SOPs and report any bio-secure environment protocol breaches.

Crowds: The Pakistan government had allowed the PCB to have 20% capacity at Karachi’s National Stadium, which eventually was increased to 50% after one week. Had the tournament not been suspended, the PCB targeting 75% capacity by season’s end. In Abu Dhabi, no crowd will be allowed at the stadium.