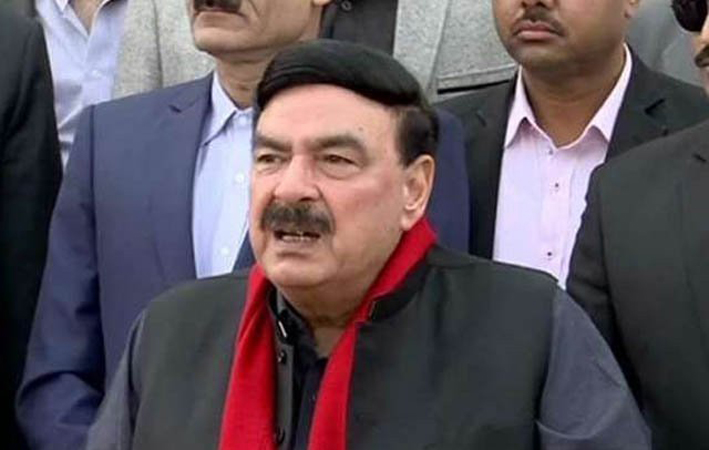 The matters of law and order were discussed on the occasion especially the ongoing operation in Shikarpur.

“The federal government will provide Sindh with whatever its asks for,” Interior Minister Sheikh Rashid assured Sindh Chief Minister, a private TV channel reported.   “We will give whatever Murad Ali Shah asks for. If the Rangers need help in the operation, we will provide it,” he said. Interior Secretary Yousuf Naseem Khokar, DG Ali Nawaz, legal adviser, Chief Secretary Mumtaz Shah and Sindh IG Mushtaq Maher were also present in the meeting. “In 2007, the PPP government conducted a grand operation to clear the highways,” he said, adding that a few riverine areas in Sindh have some problems where dacoits have established their hideouts and the government is committed to eliminating them.

Shah told the federal minister that the law and order in Karachi was so bad that it had become a no-go area. “The whole of Sindh is a rough area from Guddu to Kotri barrage, with only five to six kilometres of dense forest,” he said. “You are the interior minister, you can come whenever you want and we will work together. We welcome you in Sindh,” Shah told Rashid. “The Sindh government can take help from the Rangers. They are at their disposal,” Rasheed said. The Sindh CM asked the interior minister for help in obtaining some “sensitive” equipment being arranged by the Sindh government for the Shikarpur operation. He assured the federal minister of “clearing” the katcha area of dacoits soon. To this, Rasheed said terrorism cases should be registered against the dacoits.