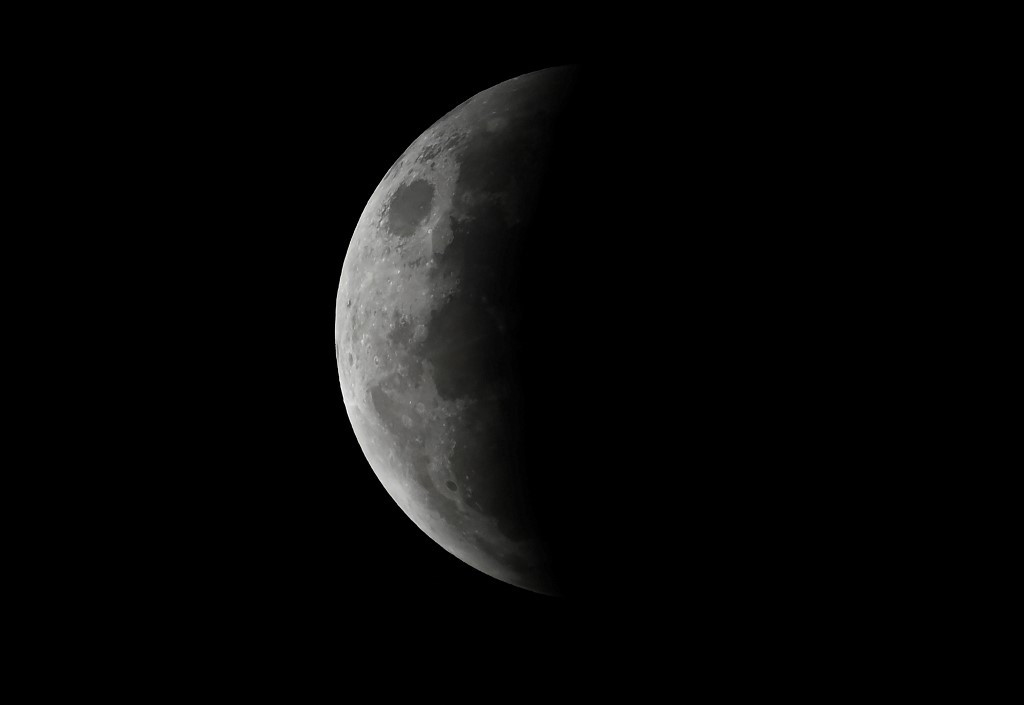 Stargazers across the Pacific cast their eyes skyward on Wednesday to witness a rare “Super Blood Moon”, as the heavens aligned to bring a spectacular lunar eclipse.

The first total lunar eclipse in two years took place at the same time as the Moon was closest to Earth, in what astronomers say is a once-in-a-decade show. Anyone living between Australia and the central United States was able to see an enormous, bright, orangey-red Moon if the skies were clear. The main event took place between 1111 and 1125 GMT — late evening in Sydney and pre-dawn in Los Angeles — when the Moon was entirely in the Earth’s shadow. The Moon darkened and turned red — a result of sunlight refracting off the Earth’s rim onto the lunar surface — basking our satellite in a sunrise- or sunset-tinged glow. Unlike a solar eclipse, the phenomenon was safely visible to the naked eye. This eclipse was different because it happened during a “SuperMoon” when the Moon passes a mere 360,000 kilometers (225,000 miles) from Earth. At that point, it can appear 30 percent brighter and 14 percent larger than at its farthest point — a difference of around 50,000 kilometers (30,000 miles).

In Sydney, where a crisp night gave onlookers a clear view, people gathered on the shoreline of the city’s harbor to catch a glimpse as the Moon rose over the sails of the Opera House. “Last time there was a Super Moon, last month, we missed it,” Ken Loi, 50, said. “This time it’s with the eclipse as well, so you’ve got a double whammy so you better catch it before it’s too late.” “Interest has been high,” said Andrew Jacobs, curator of astronomy at Sydney Observatory, which hosted a viewing event with telescopes and expert speakers. Australian airline Qantas performed a one-off, two-and-a-half-hour “SuperMoon Scenic Flight” heading east from Sydney over the Pacific for an unobstructed view of the southern sky.

In Hong Kong however the view was partially obscured by clouds. “It’s not as red as I thought. I saw a photo and the Moon was very red, but now it’s not that red,” said primary school student Chui Yiu-chun, who was trying to catch a glimpse from the city’s harbourfront. Jacobs earlier predicted the best view would be in “Australia, New Zealand, and large parts of the Pacific. New Guinea also gets a good view.”

“The Americas see it in the early morning, but they don’t necessarily see all parts of the eclipse,” he said. “Europe and Africa and the Middle East are missing out completely, on this particular one.” Lunar eclipses have not always been so warmly received in history. In many cultures both lunar and solar eclipses were seen as harbingers of doom. The Inca believed a lunar eclipse occurred when a jaguar had eaten the Moon. Some Aboriginal Australian groups believed it signaled someone on a journey had been hurt or killed. In “King Lear” William Shakespeare warned that “eclipses in the sun and moon portend no good to us”. But so far no apocalyptic consequences have been recorded from these celestial shows. The next Super Blood Moon is expected to take place in 2033.