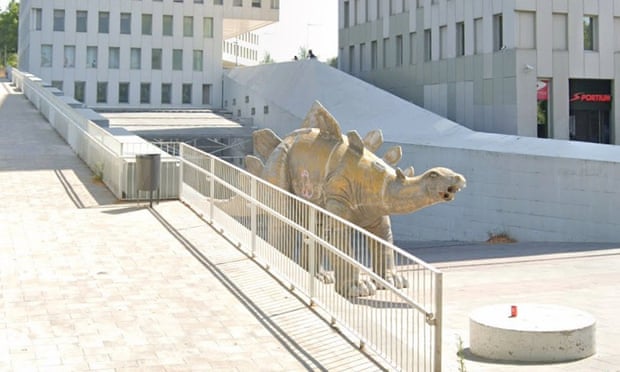 A 40-year-old man died after becoming trapped inside a large statue of a dinosaur in a Barcelona suburb, Spanish police said Tuesday.
It is not clear why the man went inside the decorative stegosaurus located outside a disused cinema in Santa Coloma de Gramenet, but there is no suspicion of foul play, said a spokeswoman for the regional police force, the Mossos d’Esquadra.
“Everything indicates it was an accidental death,” she told AFP.
Police were called to the scene on Saturday. Spanish media reported that a father and his son out playing in the area noticed a strange smell coming from the papier-mache figure and alerted the authorities. Firefighters removed the man’s body, which was inside one of the legs of the dinosaur.
According to local media, police suspect the man — who had been reported missing by his family — had entered the statue to sleep there or to try to retrieve something, such as his mobile phone, and became stuck. The dinosaur statue has previously sometimes been used by homeless people as a place to sleep.
There is a removable slab in the dinosaur’s stomach which the man is believed to have used to climb inside. 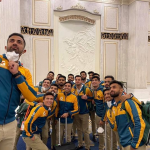