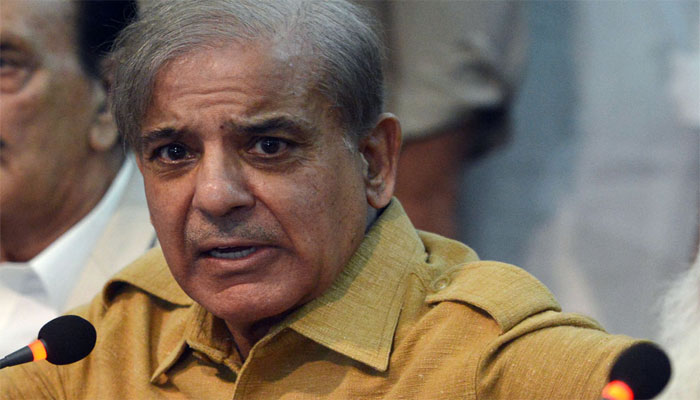 The Supreme Court of Pakistan, while hearing the federal government’s appeal to stop him from going abroad, issued notices to PML-N President and Leader of the Opposition in the National Assembly Mian Shehbaz Sharif.

The court remarked, “In principle, the government has committed contempt of the decision of the Lahore High Court.”

The apex court sought all records from the registrar of the Lahore High Court and adjourned the hearing till next Wednesday.

During the hearing, the Supreme Court ordered that all these records be provided when the petition was filed in the Lahore High Court and when it was fixed.

The Attorney General told the court that Shahbaz Sharif’s bail was denied on medical grounds. There is no record that Shahbaz Sharif had an emergency, the Lahore High Court did not even hear the position of the federation, even for a unilateral order to implement. The court emphasized, Shahbaz Sharif is respectable but justice should be done according to law.

The Attorney General said that if there is no legal restriction, one can go straight to the airport from the jail. According to Shahbaz Sharif, his name was on the blacklist. If the position of the federation was heard, he would have informed that the name is not in the blacklist., Shahbaz Sharif’s name has now been included in the ECL.

Justice Ijazul Ahsan remarked that it is surprising how the High Court gave its verdict without hearing the parties. Justice Sajjad Ali Shah said that the case of Shahbaz Sharif going abroad was over, now it is to be seen whether the order of Lahore High Court was disobeyed or not.

The attorney general said there was no final precedent for contempt of court. Justice Ijaz-ul-Ahsan said that everyone including FIA was aware of the court order but it was not implemented. The Attorney General said that cases were pending in the NAB but it was not made a party. The court should also issue notice to the Prosecutor General NAB. Justice Ijaz-ul-Ahsan said that once the record of the case comes, then we will look into the matter of giving notice to NAB.