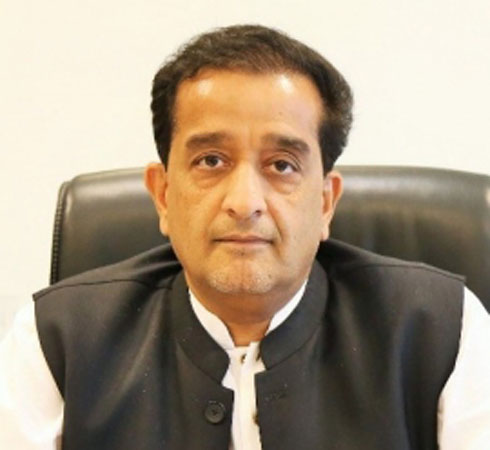 Special Assistant to Prime Minister (SAPM) on Climate Change Malik Amin Aslam on Sunday said that Pakistan would become the world’s best example in green energy revolution as government was well on track to meet the renewable energy targets by 2030 and will raise it to 60% through renewable resources.

Pakistan was encouraging private sector investment in renewable energy projects to reach its clean energy goal by 2030 and it would produce 60 percent of its electricity from renewable sources, he said this while talking to PTV news.

The SAPM said the “green Pakistan” vision of Prime Minister Imran Khan aims to transform the country into lush green land with a clean environment for people and it was topmost priority of the government.

Amin said Prime Minister Imran Khan was committed to the challenge of initiating a green recovery through ecosystem restoration to protect nature and create much needed green employment.

“Pakistan has made remarkable progress in recent years, bringing electricity connections and impressively scaling up the use of renewable energy, particularly solar,” he added.

He said Pakistan also set to approve its first ever National Forest Policy which aims to protect and promote the wise use of national forests, protected areas, natural habitats and watersheds.

These ecological zones have immense significance and their restoration can improve livelihoods and human welfare, he added.

Talking about Food Security, he said Pakistan initially with 8 districts has been adopting the policy of climate-smart agriculture (CSA) to achieve food security and broader development goals under a changing climate and increasing food demand.

The project aims to increase the income of households through enhancing employment potential and increasing agriculture productivity and production.

Amin said Pakistan’s economy performed beyond expectations with all major macroeconomic indicators showing positive trend amid the Covid-19 pandemic, resulting in a 4per percent GDP growth rate this fiscal year.