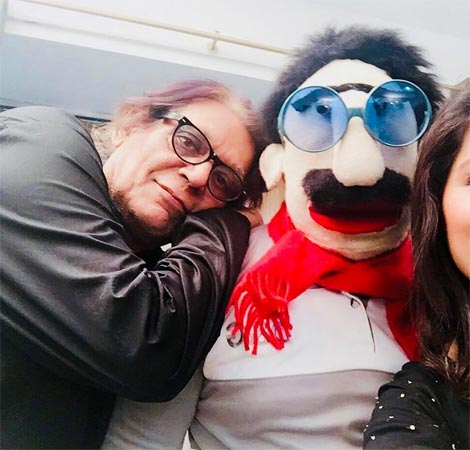 An online condolence reference was organized by Pakistan National Council of the Arts (PNCA) to pay tribute to Farooq Qaiser.

Farooq Qaiser was best known as Uncle Sargam, was a household name for Pakistani kids of the 80s and 90s.

He was died of cardiac arrest at the age of 75 on Friday.

Paying tribute, Dr. Fouzia Saeed said that Farooq Qaiser was an icon for the arts and culture community, adding that “we lost a legend, but he will live with us forever due to his wisdom, work and wonderful memories. She said that PNCA also replayed his last recorded interview on its official page.

Ijaz Gul said his sad demise is a huge loss for the country, adding that he will remain in our hearts forever. He said Uncle Sargam was also one of the founding members of National Institute of Folk and Traditional heritage (Lok Virsa). Other speakers also paid a glowing tribute to the contributions of Uncle Sargam in the field of arts and culture. They also offered Fateha for the departed soul of Farooq Qaiser.

Farooq Qaiser was a phenomenal cartoonist, newspaper columnist and writes for the newspapers, famous for his column-writing name Meethay Karelay.

Farooq Qaiser also served on the Board of Governors at the National Institute of Folk and Traditional Heritage, (Lok Virsa) in 2015.

During his last days, he was working as an expert in PNCA, Islamabad and looking after their Puppetry Programs.