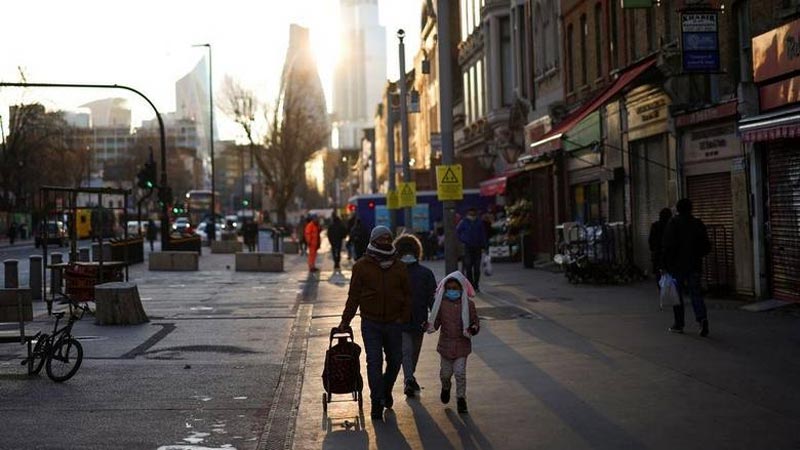 Britons streamed into pubs, museums and other indoor venues on Monday as the country eased pandemic restrictions, but there was even more misery in India where a powerful cyclone disrupted efforts to fight a devastating Covid-19 wave. As the United States and Britain move away from harsh restrictions thanks to rapid vaccinations, new strains have forced several countries in Asia to shut schools and impose travel bans, highlighting the persistent global threat posed by the pandemic. With known global infections approaching 163 million and the rise of new variants complicating the fight, even the governments easing closures are warning citizens to remain careful. “Together we have reached another milestone in our roadmap out of lockdown, but we must take this next step with a heavy dose of caution,” British Prime Minister Boris Johnson said Sunday. “We are keeping the spread of the variant first identified in India under close observation and taking swift action where infection rates are rising.”

Across England, Wales and most of Scotland, people on Monday could once again grab a drink, a bite and dine inside pubs, restaurants and cafes. Cinemas, museums and sports venues also opened their doors for the first time in months.

People were able to once again visit each other at home and to head to Portugal, where the British are normally the largest tourist contingent. “It’s nice to get away and be back here,” said Barry Thompson, a 63-year-old retired policeman from Manchester who landed in the southern town of Faro with his wife and son. “We’re very excited.” In another sign of life returning to normal in Europe, Disneyland Paris announced it would reopen on June 17.

The pandemic has claimed more than 3.3 million lives worldwide, and one of the worst outbreaks is in India, where at least 4,000 people are dying from Covid-19 every day. India was already dealing with limited medical infrastructure and scarce vaccine supplies, when a major cyclone in the Arabian Sea packing ferocious winds bore down on the South Asian nation.