* On Twitter, Zulfi Bukhari says he has ‘nothing to do’ with Ring Road or any other real estate project
* ‘I am ready to face any inquiry. I’m here to stay in Pakistan and stand united with Imran Khan, his vision’ 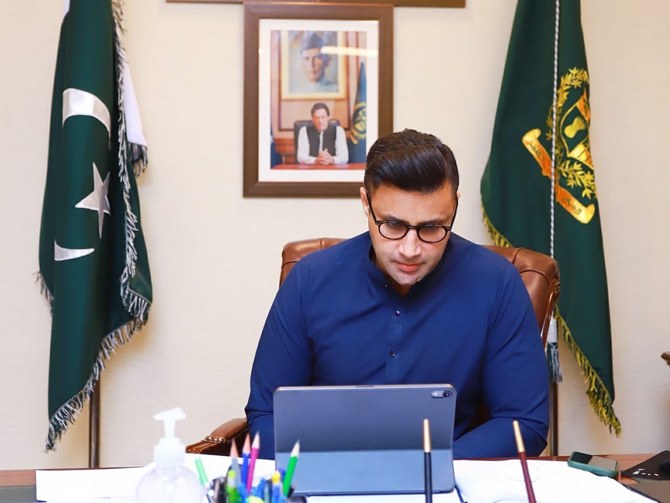 Special Assistant to Prime Minister on Overseas Pakistanis Zulfi Bukhari announced on Monday that he is resigning from his position over allegations levelled against him in the Rawalpindi Ring Road scam.

In a series of tweets, he said that he was stepping down until his name was cleared of any allegations and media’s ‘obnoxious lies’ regarding the case. He recalled Imran Khan as saying that if a person has been named rightly or wrongly in any inquiry he should cease to hold any public office till his name has been cleared of charges.

“Owing to allegations in ongoing Ring Road inquiry, I want to set this example by resigning from office until my name is cleared up of any allegations and media’s ‘obnoxious’ lies,” he said, and reiterated that he had ‘nothing to do’ with the Ring Road or any other ongoing real estate project.

This time, he said that the inquiry should be done by capable personnel, “I endorse a judicial inquiry.” He said, “I’m here to stay in Pakistan and stand united with the prime minister and his vision,” he said. “I sacrificed my life overseas to come and serve my country, I am ready to face any inquiry,” he said.

On Saturday, Prime Minister Imran Khan ordered a full-fledged inquiry into the Ring Road scam after which the Punjab government decided to send the case to the Federal Investigation Agency (FIA) or the National Accountability Bureau (NAB) for thorough investigation.

The decisions were taken as two fact-finding reports from Rawalpindi’s commissioner and the deputy commissioner landed at the Prime Minister’s Office, with the second report hinting that the project had been realigned with the approval of Punjab chief minister and his finance adviser Dr Salman Shah.

However, the opposition parties demanded action against the relevant authorities for approving the ring road’s realignment, asserting that neither the prime minister and the chief minister nor ‘direct beneficiaries’ such as Ghulam Sarwar Khan, Zulfi Bukhari and Dr Tauqeer Shah should be exempted.

In a media talk, PMLN deputy secretary general Attaullah Tarar alleged that the ‘direct beneficiaries’ had received huge financial benefits through the ring road project because their lands were near the project. It was alleged that the road length was increased to give way to ‘selected housing societies’ and the original map of the project was also changed besides additional roads.

The special assistant is indirectly associated with Sangjani land, which belongs to his maternal relatives. However, neither the special assistant nor any of his close blood relatives has any landholding there. According to some reports, the land has been owned by the family of Dr Tauqir Shah for centuries.

A federal minister, close friend of Zulfi Bukhari and wished no to be named, told Daily Times that the special assistant has submitted his resignation to the prime minister, as he (Bukhari) is very much interested to clear his name from this scam. He said that the aide clearly stated his position that he will not continue his work until and unless he gets a clean chit from the investigators.