* Born in 1943 in the Indian state Rampur, Jaidi was a journalist by profession but later on, he started writing and producing stage and television plays and gained unparalleled fame 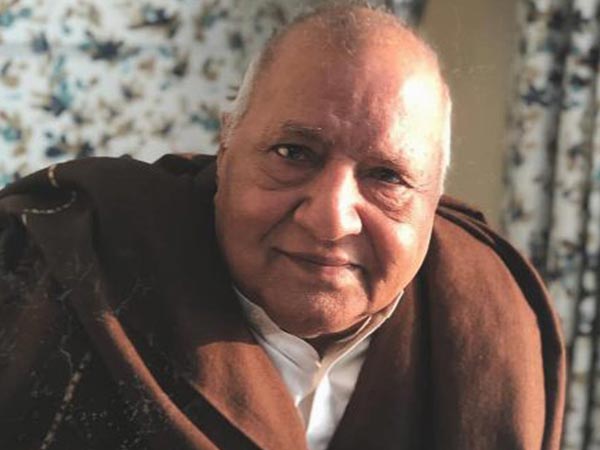 Monday marked the first death anniversary of acclaimed actor, writer and producer Athar Shah Khan AKA Jaidi who was famous as the trendsetter in Pakistan’s stage industry.

He introduced new faces to Pakistan’s showbiz industry during his decades-long career.

Born in 1943 in the Indian state Rampur, Jaidi was a journalist by profession but later on, he started writing and producing stage and television plays and gained unparalleled fame across the country during the decades of the 1960s and ’70s.

Khan was an incredibly creative person.

Although he was known as a showbiz celeb, his reputation in the literary world was no less formidable.

Khan was an incredibly creative person

He wrote short stories in the earlier part of his career and was a poet of high merit. His ghazals were published in literary journals but, again, it was his penchant for creating rib-tickling Qata’at and ghazals that overshadowed his serious poetry, and because of which he would be regularly invited to Mazahiya mushaira.

He wrote and performed in several Tv plays famous among those were Hello hello, Intizar Farmayey, Burger family, Jaidi in trouble, Ba Adab ba Mulahiza Hoshiyar, and Rang hi rung Jaidi Ke sang. But the character that took him to the heights of fame was Jaidi that he had written for someone else but the director of the play emphasized him to play the role of Jaidi himself saying that no one else would do justice to the role of Jaidi.

More than an actor his vast contribution was writing and poetry particularly humorous verses. His satirical poetry was a source of immense joy for the people. For his services, he was awarded the President’s Pride of Performance Award in 2001.

Jaidi will keep ruling the hearts of his fans for the years to come.