Merkel urges richest nations to up climate game despite Covid 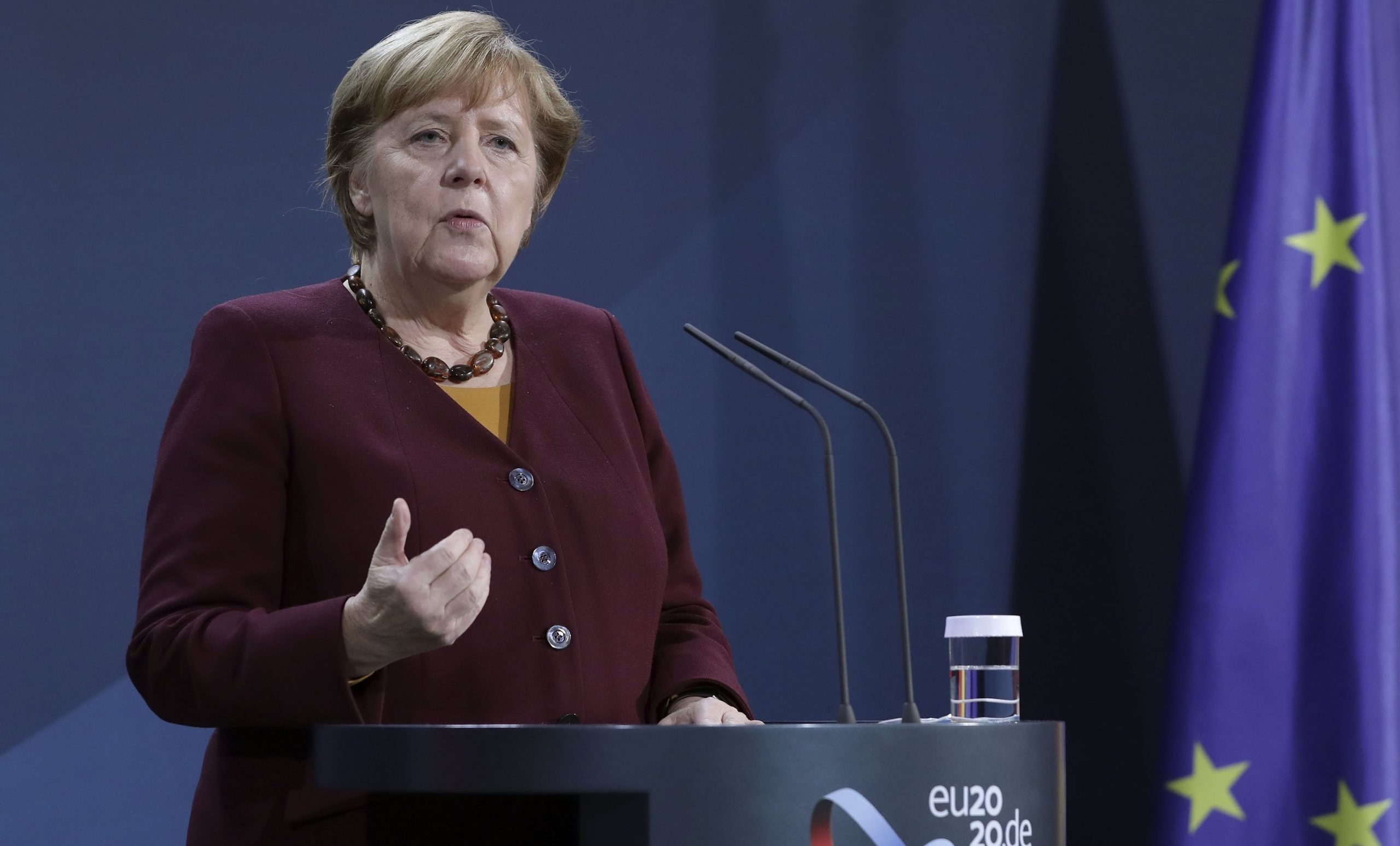 German Chancellor Angela Merkel on Thursday urged industrialised nations not to let the enormous financial toll of the coronavirus pandemic deter them from investing in the fight against climate change.

Speaking at the annual informal Petersberg Climate Dialogue, held online because of the pandemic, Merkel said she was not looking ahead to the next few years without concern. “This pandemic has torn enormous holes in the budgets of industrialised nations,” she said.

“We have invested a great deal to counter this pandemic… And yet we must not let up in our international responsibilities. That will be a very big task.” Dubbed the “climate chancellor” thanks to her engagement for cutting global emissions, Merkel is set to retire from politics in September after 16 years in power.

The veteran chancellor initiated the Petersberg Climate Dialogue after stalled negotiations at the 2009 United Nations Climate Change Conference in Copenhagen (COP15). The German government this week tightened its targets to reduce CO2 emissions after a landmark ruling by the country’s top court declared a flagship climate protection law “insufficient”.

Under the new targets, the government expects to slash emissions by 65 percent by 2030 compared to 1990 levels, going further than the current 55 percent reduction target. Germany is also aiming to be carbon neutral by 2045, five years earlier than previously planned.

On Thursday, Merkel also called on other countries to follow Germany’s lead by implementing taxes on carbon emissions, which she described as a particularly suitable instrument on the path to carbon neutrality. Germany in January slapped taxes of 25 euros per tonne of carbon dioxide emitted by the transport and heating sectors.

“In the interest of future generations all over the world, it is important that we act quickly and decisively to limit the dramatic consequences of global warming,” she said. Speaking at the same forum, British Prime Minister Boris Johnson said the G7 summit in England in June will be the first at which every member has committed to hitting net zero carbon emissions by 2050.

But he said he would push during the summit to “secure a substantial pile of cash” from the industrialised nations to help fund developing countries’ transition to cleaner energy or technology. “At the G7 and other international fora I will not hesitate to bend the ear of my fellow leaders on the need for them” to take action, he said.