IMPORTANCE OF TOURISM IN ECONOMY 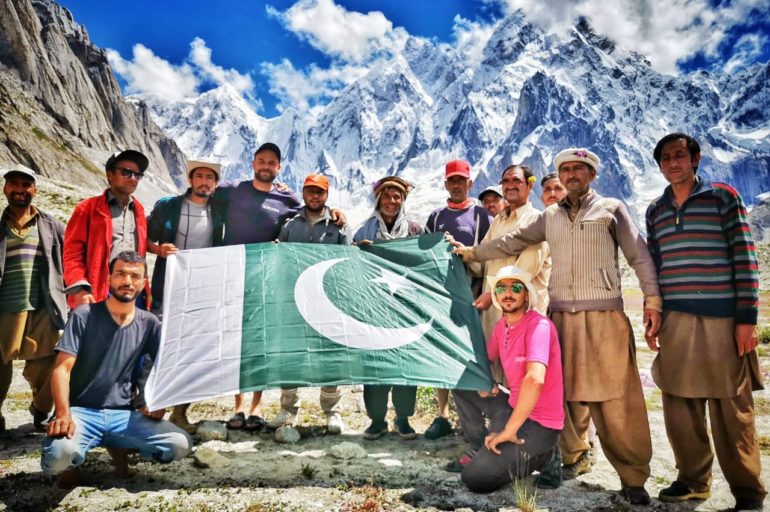 In old times, people used to travel a lot to gain observation and knowledge. The writings of Aristotle, Plato and William Shakespeare are timeless because they spent a large part of their lives traveling and learning about different societies and then using the same knowledge in their books. There is hardly a successful person in the world who has not given a part of his life to travelling. This fact makes tourism very important.

The history of tourism is very old. Some four thousand years ago, people from Pharaoh’s court used to go to the shores of the Mediterranean for entertainment. In the fifth century BC, the rich people of Rome used to go to a place called “Baea” near the Gulf of Naples in their spare time to have some fun and luxury. Similarly, the Chinese had been going to their sacred hills and other places for spiritual and mental peace for thousands of years.

Travelling opens the windows of mind and enlightens man with experiences from which formal education keeps him away. It is said that you can read hundreds of books and cannot get information about an area as much as you can learn about it by visiting it. Until the twelfth century, the knowledge of the Chinese people, their geography and lifestyle was limited, but then Marco Polo, an Italian merchant, travelled on the Silk Road and wrote a historical book about China and its environs which made people around the globe acquainted with Chinese society. Got impressed by this book, with an inbuilt lust for travelling, Columbus took permission and money from Queen Isabella of Spain to explore India through western route. After several weeks of hard work and arduous travel, he arrived in the Americas. To his knowledge, Columbus had reached Indonesia, from which he could reach India after a few weeks’ journey. He mistook the two islands along the way for China and Japan. Christopher Lascelle’s “A Short History of the World” states that Columbus did not know until his death that the place where he had arrived was not Indonesia. The four voyages of Columbus were going to play major role in the politics of world in the times to come.

Take another leaf from history, Charles Darwin was also a young man who loved to travel. In 1831, he got a chance to tour the world. For five consecutive years, he travelled by ship to different parts of the world, where he researched a wide variety of plants and animals. The same research was published by Darwin in book form in 1859, which was well received. “On the Origin of Species” is still in the curriculum of many universities today. When Darwin himself was studying at Cambridge University, he was considered an average student. But the increase in his knowledge and observation that came through traveling around the world and was later published is still being researched by universities and libraries around the world.

The stories of the travels of Vasco da Gama, Ferdinand Magellan and Xuanzheng became so popular that the desire to explore the unseen world awoke in the heart of the common man. From the fifteenth century to the eighteenth century, tourism flourished. This period is known in European history as the “Age of Discovery”. The goals of tourism at that time included the search for new routes and countries, religious preaching, and the lure of gold and silver. Later, the invention of the steam engine accelerated the flow of life. Factories sprang up everywhere and the whole world fell victim to industrialization and raced to make more money in less time. And so people had only weeks left for tourism instead of years or months. That is why in the twentieth and twenty-first centuries we will find fewer major tourist names.

Hundreds of years have passed since the times of Marco Polo and James Cook. Now tourism has become pretty easy and free of most dangers. It is possible to go to any corner of the world, provided only the resources are available. Now, Tourism is not limited to one hobby but has taken the form of an industry from which many countries are earning billions of dollars.

In 2018, Switzerland raised 18 billion USD from tourism, while the UK raised 146 billion pounds. For all its beauty, Pakistan could only manage revenue of 7 billion USD, however.

According to the British Back Piper Society and Forbes Magazine, Pakistan is one of the most amazing places in the world and must be visited for sightseeing, entertainment and tourism. In view of our potential in the tourism industry, the Government of Pakistan has formulated a policy to make visas online and simplify the process. This is a good move which will not only boost the tourism industry but also stabilize the economy. There is a need to improve the roads leading to tourist destinations like Karakoram Highway and to provide all world class facilities around tourist destinations so that international tourists can become ambassadors of Pakistan in their countries.