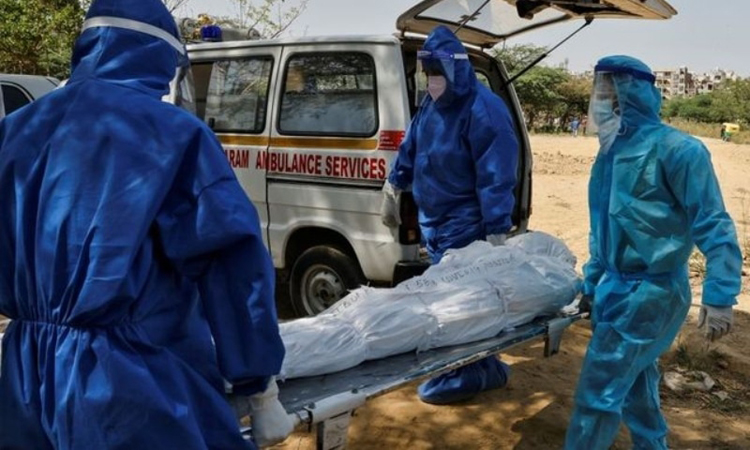 The national tally of total active Covid-19 cases climbed to 73,078 on Saturday as 5,139 more people tested positive for the deadly virus and 100 patients died across country, according to the latest update issued by the National Command and Operation Centre (NCOC).

Most of the deaths occurred in the Punjab, followed by Khyber Pakhtunkhwa. Out of the total 100 deaths, 31 of the deceased died on ventilators during their treatment. The maximum ventilators were occupied in four major areas including Multan 81 percent, Islamabad Capital Territory (ICT) 53 percent, Gujranwala 88 percent and Lahore 79 percent. The maximum oxygen beds were occupied in four major areas of Swat 64 percent, Gujranwala 85 percent, Peshawar 77 percent and Gujrat 71 percent. Around 501 ventilators were occupied elsewhere in the country while no Covid-affected person was on ventilator in Gilgit Baltistan (GB) and Balochistan.

A total of 10,688,894 corona tests have been conducted so far, while 630 hospitals are equipped with COVID facilities. Some 4,858 corona patients were admitted in hospitals across the country. Around 627,561 people have recovered from the disease so far across Pakistan making it a significant count with over 90 percent recovery ratio of the affected patients.

In view of the third wave of coronavirus in Pakistan, fuelled by UK variant, the NCOC on Saturday decided to extend restrictions in place to stem the spread of the deadly contagion till April 13.

A meeting of NCOC was held under the chairmanship of Federal Minister for Planning Asad Umar, who also heads the NCOC, during which inoculation campaign in Ramazan was discussed, Express News reported. It was decided that another meeting will be called on April 12 during which ways would be discuss to implement the restriction in letter and spirit. The meeting was informed that a large quantity of coronavirus vaccine would reach Pakistan by mid-April.

On March 12, NCOC chief Asad Umar confirmed that the third wave of Covid-19 had started in Pakistan, attributing the rising number of cases to the virus’ UK strain. “Yes, there is no doubt that the third wave has started and basically, the phenomena that’s driving it is the spread of the UK strain,” Umar said while talking to a private news channel.

The country has been undergoing smart lockdowns in all the applicable localities that report an increase in cases with authorities are urging citizens to practice all necessary SOP’s including sanitizing one’s hands and wearing mandatory facemasks.