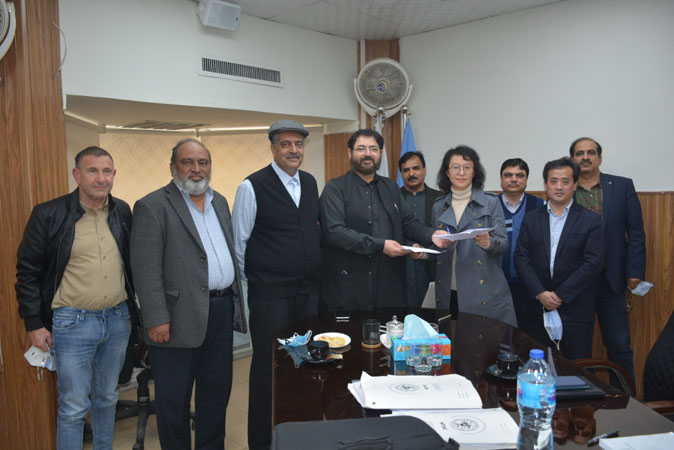 660 kV HVDC Matiari Lahore Transmission Project is CPEC Project which has been envisioned to evacuate power from power plants in South of the country. It has a designed capacity of 4000 MW and is being built on BOOT basis. The Project will be owned and operated by Pak MLTC for 25 years and after that it will be transferred to NTDC. HVDC is a new technology in Pakistan and is widely being used around the world in long distance transmission.

The Project Company prepared a detailed Root-Cause Analysis Report of the frequency oscillations event and submitted the same for review of Owner Engineer, M/s. Hatch Canada, and Independent Engineer, M/s. CESI. Both recommended some changes, suggested mitigation measures, and highlighted certain pre-requisites to be fulfilled before resumption of testing and commissioning. Apart from that, there were certain contractual obligations which were impacted by Covid-19 pandemic and were considered essential to proceed with testing. Therefore, the process of negotiations between NTDC and the Project Company was started in order to devise a way forward based on good faith between the Parties.

Thereafter, a series of high-level discussions were started between NTDC and Pak MLTC to resolve the issues under the dispute resolution mechanism provided in the contract documents. Detailed discussions between the Parties to resolve the issues continued for around 2 months and each and every issue was deliberated upon during the said period. Negotiating teams from both the Parties worked day and night to reach plausible solutions on the matters under dispute. It is also imperative to state that various forums and entities were actively involved in this whole process of negotiations, that is, Ministry of Energy, PPIB, BoD NTDC, Foreign Office, Chairman CET China, and CPEC Authority played vital role during the proceedings of negotiations and provided amicable support to close the issues and reach common grounds to move forward. Resultantly, the MoU was signed between NTDC and Pak MLTC on 18.02.2021, with new targeted COD of the Project on 1st September, 2021, along with outlining a road map for undertaking further testing and commissioning activities of the Project. As a result of MoU, low power testing of the Project was resumed in the end of February, which continued in the month of March, 2021. Currently, low power testing of the Project is complete, uptil the level of 800 MW, for both Monopole and Bipole, and further trial run at low power will continue till 30th April, 2021, and then high-power testing for 2200 MW and 4000 MW will be started which will be continued till 31st August, 2021, and pursuant to successful completion of high-power testing, the COD of the Project shall be declared on 1st September, 2021, accordingly.

The agreements reached in the MoU by the management of both Parties were translated into amendments in the Contract documents and external counsels were engaged to draft Addendum Agreements to supplement the common grounds agreed upon. The Draft Addendum Agreements, incorporating changes in the main Agreements, were initialed on 18.02.2021 in WAPDA House Lahore by management of both Parties and were thereafter put forth to both CET and NTDC board of directors for approval and were approved by both Board of Directors accordingly and then were approved by BoD of PPIB and were further sent to Ministry of Energy for securing approval of Govt of Pakistan. The summary for approval of Addendum Agreements was taken up at ECC on 31.03.2021. As per these Addendum agreements CoD of the Project shall be declared on 1st September, 2021, and NTDC will take over partial O&M of Line, limited to patrolling.

It is pertinent to indicate that at the moment HVDC Project is energized at low power and energy is being transferred through the Line as test energy, as per agreed points in the MoU, and the Project will continue to operate on trial run basis on low power till 30th April, 2021 and thereby cheaper energy from southern power plants will be added in the national grid.

The successful and amicable resolution between chinses company and NTDC speaks the volume of Pak-China long last friendship which will further enhance the cooperation between both the brother counties.