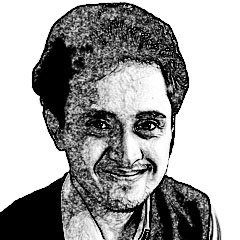 Those who have watched the 2004 Bollywood film ‘Main Hoon Na’ may be familiar with its optimistic approach for peace between India and Pakistan in which a secret bilateral dialogue process codenamed ‘Project Milaap’ resulted in harmony between the two archenemies. It was one of those rare films that touched upon the subject with creative liberty but if a similar film were to be made in 2021, perhaps there would be strong backlash from India’s increasingly right wing society thanks to the BJP and the RSS’Nazi-inspired politics.

At times, art doesn’t reflect ground realities as is the case now. If ‘Project Milaap’ as a policy were to occur under current circumstances , there would be several factors and hindrances to consider before over-enthusiastically joining the peace bandwagon. While there have been ongoing rumours of secret back channel talks brokered by regional powers such as the United Arab Emirates (UAE) ,the dynamics of such dialogues are intertwined with the mood in Islamabad and New Delhi.

Recently, we witnessed that Director-General Military Operations (DGMO) level talks were reinstated with a commitment to maintain ceasefire along the restive Line of Control (LoC) as per the November 2003 arrangement. While most termed it a signal to peace, in my opinion, it was just a restoration of basic communications since such kind of talks occur even during wartime.

A couple of weeks later, Pakistan’s Prime Minister Imran Khan and Chief of Army Staff General Qamar Javed Bajwa presented a trade-oriented olive branch to New Delhi while speaking at the Islamabad Security Dialogue led by National Security Advisor Dr. Moeed Yusuf. They talked about regional connectivity and geoeconomics as the key to prosperity across South and Central Asia.

Yet notably, both of them conditioned peaceful resolution of the Kashmir crisis and a conducive environment for resumption of ties with India. This itself is a major factor which one needs to understand before assuming some kind of an overnight peace.

India’s repeated attempts to undermine Pakistan on international forums such as the FATF, its jingoistic and hate-fuelled media’s lousy narratives and the exposure of R&AW’s campaign by EU Disinfo Lab should ideally be an eye opener for the international community

Moreover, the tone of Indian Prime Minister Narendra Modi’s letter on the occasion of Pakistan Day last week wasn’t quite welcoming if we breakdown its contents. It was superficial at best and yet again mentioned about the ‘terror-mantra’. This was unnecessary and devoid of diplomatic norms. It also signals the fact that the BJP considers Kashmir’s legitimate struggle for right to self-determination as terrorism which is not in line with the resolutions of the United Nations.

Another noteworthy event to consider is his official visit to Dhaka on the occasion of Bangladesh’s 50th independence anniversary. While it’s a known fact that India is under the spell of Hindutva ideology, the Awami League government was perhaps ill-advised to invite Modi whose visit was widely condemned in Bangladeshi circles with protests getting violent. But then again, it was a political move sprinkled with economic gains for the purpose of rubbing salt into old wounds.

Coming back to the core theme of this piece, the illusion of peace between South Asia’s two biggest powers should be cleared as there is no robust conducive environment regardless of recent toning down of rhetorics which are temporary at best that won’t likely lead to any major breakthrough.

Diplomatic sources tell me something along similar lines as there is lack of clear optimism and deep mistrust especially in light of Modi’s letter and Dhaka trip. While resumption of DGMO-level talks is welcoming, the overall situation doesn’t give much benefit from Islamabad’s perspective given New Delhi’s hegemonic and fascist attitude over the last couple of years including those in occupied Jammu & Kashmir post- 5th August, 2019.

I also spoke with Ambassador Abdul Basit, who previously served as Pakistan’s top diplomat in New Delhi and Berlin, and through his assessment, it became clear that unless the Jammu & Kashmir is resolved, all other matters shall remain in the back-burner. He was of the opinion that PM Imran Khan should avoid any steps that could be costly for Pakistan’s foreign policy interests. Ambassador Basit did agree that a multilateral approach is best suited yet implied that the UAE’s apparent involvement should be taken with cautious optimism since economic interests take hold for several regional and global stakeholders.

What’s quite surprising is that Abu Dhabi was very much dismissive of Islamabad’s stance on the Kashmir crisis for a better part of the last two years yet all of sudden became interested in brokering talks if Bloomberg’s report is taken at face value. Of course, it’s the economy and strategic interests given how one of its biggest supermarket chains ‘Lulu’ committed to invest in the occupied valley soon after its illegal annexation!

Syed Ali Zia Jaffery, a prominent academic working as research associate at the Centre for Security, Strategy and Policy Research (CSSPR) at the University of Lahore, had the following to state when I asked for his comments on the prospects of a thaw, ‘There are a few things to consider here. One, it is too premature to rise expectations of a thaw. Nothing has happened that should make us optimistic. Pakistan has deftly given India a choice between perpetual enmity and economic connectivity and integration. I don’t see any reason as to why India will positively reciprocate. Two, the resolution of the Kashmir issue lies at the heart of Pakistan’s offer for peace. Pakistan, thus, has to tread very gingerly, and avoid losing out to India on language and narrative. We must remain firm and patient, and not ,in any way, appear to be giving leeway to India. Pakistan has maintained its principled position on Kashmir, despite all the odds, and that is something that India will be uncomfortable with, if and when the two countries sit on the table. Pakistan has to set the tone upfront. To do that, PM Khan has to send an appropriate reply to PM Modi’s letter.’

I couldn’t agree more with both Jaffery and Ambassador Basit especially when some civil society circles in Pakistan are unable to grasp the gravity of the situation.

Another factor to consider is the Biden administration’s lack of cohesion when it comes to South Asia. On one hand, it’s propping up New Delhi as a counterweight against Beijing and the other hand, is privately pressing the BJP to scale back its fascist approach which it won’t. The resumption of broadband network services in the restive valley is not enough for the Kashmiris who wish to be free of any kind of shackles. Washington’s human rights angle is also selective and doesn’t cover the genocidal tactics adopted by South Block, New Delhi in the form of legislations and local Hindutva militias across the Indian heartland.

What’s to be noted further is its recognition of occupied Jammu and Kashmir as a union territory as also pointed out by Ambassador Ashraf Jehangir Qazi, the former Pakistani envoy to India and the United States, in a recently penned article of his. The State Department’s South and Central Asian Bureau chose to antagonise not only Pakistan and the Kashmiris as well. Despite Pakistan’s protest via its embassy in Washington DC, no retraction of the specific tweet or a clarification took place apart from Ned Price’s vague statement.

If America is truly committed to peace in South Asia then its China containment policy should be put aside for a bit and logical approach should be taken to resolve and propel ties based on progressive values rather than turning a blind eye to problems being caused by New Delhi’s hawks.

India’s repeated attempts to undermine Pakistan on international forums such as the FATF, its jingoistic and hate-fuelled media’s lousy narratives and the exposure of R&AW’s campaign by EU Disinfo Lab should ideally be an eye opener for the international community. But no, it’s the opposite as hardly anyone bats an eye without any public condemnation. Private concerns by diplomats have no standing in such cases yet it will become increasingly difficult for them to ignore not far in the future should New Delhi opt for any misadventures.

As a person, I have no objections to a’ Main Hoon Na’-style ‘Project Milaap’ that results in enduring peace but some of the factors mentioned above cannot be put under the carpet outrightly. This is what Islamabad needs to carefully consider before taking any further steps and I am hopeful that PM Imran Khan is well-informed for not playing into India’s hands or letting it control the narrative in the interest of not only Pakistan but Kashmir as well.