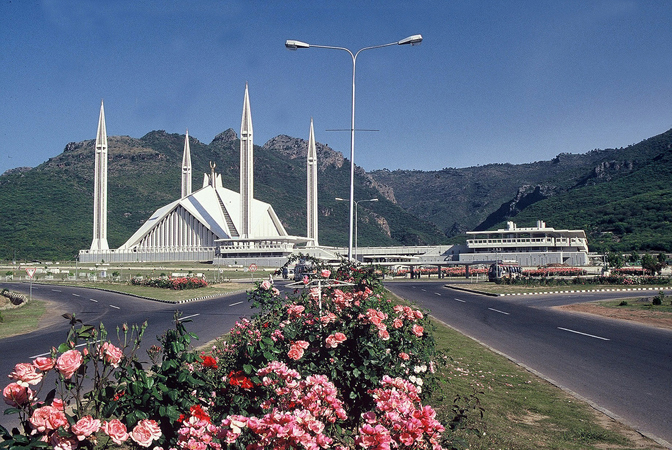 Capital Development Authority (CDA) Chairman Amir Ali Ahmed has assured the business community that development works in the I-9 industrial area of the federal capital will start before Ramazan to fix civic issues.

The CDA chairman said this while talking to a delegation of local industrialists and trade representatives, who led by Sardar Yasir Ilyas Khan, Islamabad Chamber of Commerce & Industry (ICCI) President, called on him. The delegation apprised him of the key issues of industrial areas in Islamabad along with other development issues in the federal capital.

Amir Ali Ahmed also assured help regarding lease renewals of industrial plots. He said that plots for parking plazas have been identified in Blue Area, F-10 Markaz and other markets and CDA would soon auction them for construction of parking plazas in markets.

He said that CDA has allocated a budget of Rs375 million for the development of Kahuta Industrial Triangle and development works would be started in April. In addition to this he confirmed the allocation of plots for a dispensary and mosque in the industrial areas and assured that base work has already been done while carpeting and concreting of roads in the industrial areas would be done in the coming days.

He stated that CDA would construct 300 public toilets in markets and would hand them over to ICCI for their maintenance and operation in coordination with concerned market associations. He said that the PWD Underpass and Koral Bridge projects would be completed by September this year. He also said that Margalla bypass project and carpeting of IGP road would also be started soon.

He stated that a ring road from Margalla via GT Road up to Murree Road would also be constructed to address the traffic issues of the twin cities. He further shared that many other initiatives of CDA for the better development of the city and appreciated ICCI for cooperating with the civic body for addressing key issues of the business community including removal of encroachments.

He also confirmed that subsequent to joint visits conducted by the chairman CDA and president ICCI several developments works were already underway across the entire capital which included carpeting of roads, up-gradation of street lights, parks, landscaping and development of communal areas within markets.

Earlier, Sardar Yasir Ilyas Khan said that the CDA Board in its meeting held in August 2020 had recommended the rationalisation of lease extension fee for industrial plots @ Rs100,000 per kanal, but the decision has not been implemented as yet due to which industrial growth and expansion is facing problems because investors are uncertain about the outcome of the policy. He urged that CDA should approach the National Coordination Committee on Housing, Construction & Development (NCCHCD) for endorsement of this decision so that it could be implemented to facilitate the lease renewals of industrial plots. He also highlighted the severity of parking issues in the local markets of Islamabad.

Other delegation members included Fatma Azim, ICCI SVP, Abdul Rehman Khan, VP, Mian Akram Farid, Chairman Founder Group, Tariq Sadiq, President of Islamabad Industrial Association, and Muhammad Ahmed, former president ICCI. They said that during Covid-19, the State Bank of Pakistan SBP had launched refinance schemes for industries at low credit cost, but without lease renewal of industrial plots, banks are not extending these schemes to industries. They urged that CDA should expedite the implementation of its board decision for lease renewals of industrial plots as the SBP schemes are expiring by April 30 of this year.