As for the Gulf, Saudi Arabia and its allies view in Iran’s policies – in Syria, Iraq, Lebanon or Yemen – the ambitions of a would-be hegemon; they see the Islamic Republic as a growing threat whose regional aspirations need curbing lest it encircles them with its partners and proxies. Tehran for its part sees a region dominated by U.S.-backed powers with superior military capabilities intent on isolating and weakening it; it also views Saudi Arabia and the UAE as being in collusion with the United States to economically coerce and ultimately replace its leadership. With a worldview formed in the traumatising crucible of the eight-year Iran-Iraq war, and faced with more heavily armed adversaries, Iranian leaders subscribe to the country’s strategic doctrine, which is based on its asymmetric military capabilities and support for regional allies, including armed non-state actors.

Energy security is one of the prime areas of India’s engagement with Saudi Arabia. New Delhi appreciates the Kingdom’s vital role as a reliable source for India’s long-term energy supplies; the Kingdom supplies 18 percent of India’s crude oil requirements and 30 percent of its liquefied petroleum gas needs. Both countries are keen to transform the buyer-seller relationship in this sector into a much broader strategic partnership based on mutual complementarity and interdependence. The most reaching effect of the India-KSA security deal will be on the 42 –states led Islamic Military alliance for terrorism.

The success or failure of an alliance is subject to many conditions, yet importantly, alliances that turn on internal enemies (whether aberrant states or religious or ethnic groups) can also radicalize the latter and encourage them to seek external backers

The Indian analyst, Kabir Teneja thinks, “When Pakistan banded together with Malaysia and Turkey, it only helped India push further with its relations in the Gulf,” said Taneja, who believes this visit is a sign of India adapting to new economic realities and geopolitical shifts in the region. External security ties with Western powers are a key strategy in support of the security of Gulf regimes. Despite being among the biggest arms buyers in the world (in terms of expenditures relative to GDP), Gulf monarchies are heavily dependent on external security guarantors to balance Iran. Their weapons purchases, rather than covering actual defence needs, are a means of cementing the commitment of outside powers to their security. Their armed forces are as focused on maintaining internal security and protecting the position of the royal family as they are on external defence.

Saudi Arabia continues its efforts to drum up international support for Egypt and Syria, while bearing the brunt of the financial burden. For all its tough talk, it is likely to continue to lean on US security efforts, even if it attempts some form of hedging with other actors. Biden’s administration review on the war in Yemen is a caveat for the Gulf States, But India’s quest to advance its strategic interests in the Gulf faces major deterrents. First, rabid Saudi-Iran animosity has also dragged in the U.A.E. and Bahrain. This tension has rendered Indian Track 2 and 1.5 efforts lacking punch to push the idea of G.C.C.-Iran rapprochement and collective Gulf security. Second, there is inadequate Asian consensus, especially with the India-Pak rivalry, India-China competition, and Japan-South Korea reluctance to work with China.

Obviously, the success or failure of an alliance is subject to many conditions, yet importantly, alliances that turn on internal enemies (whether aberrant states or religious or ethnic groups) can also radicalize the latter and encourage them to seek external backers. On the other hand, an alliance should at least reduce the likelihood of war between its members by promoting confidence, encouraging dispute avoidance and resolution, and perhaps triggering cooperation in other non-security areas. The most reaching effect of the India-KSA security deal will be on the 42 –states led Islamic Military alliance for terrorism IMCTC who may not be positively aligned with the said objectives. And more further, the tensions imbruing among the GCC member states. Arguably, the Gulf States that include the Kingdom of Saudi Arabia (KSA), Kuwait, Bahrain, Oman, the United Arab Emirates (UAE) and Qatar face polarization and competition among themselves in order t to defend their interests.

The Gulf States need to explore their readiness for an inclusive intra security dialogue, drawing inspiration from the successful negotiations that led to the 1975 Helsinki Accords during the Cold War. But in this synthesis, their security dependency on India’s seems unworkable because of the two important factors, China’s pivotal entry into the Mideast affairs and the nascent Iranian factor. Since the Biden administration is tilted to revise the Iran nuclear deal once concluded during the tenure of the Obama administration. In July 2020, Russia floated its idea of a security concept for the Gulf region and organised a workshop in Moscow in September 2020 to flesh it out. Iran laid out similar ideas in its Hormuz Peace Endeavour, launched at the UN General Assembly in late September, and invited Arab Gulf states to join it in a collective exercise.

Most importantly, Biden’s team has outlined support for a diplomatic approach to de-escalate tensions between Iran and the GCC states. The Biden approach is to create momentum to pursue a regional security dialogue, including Saudi-Iran talks, something that the Europeans have long supported, particularly as it relates to Yemen and Iraq. European states should quickly look to forge a shared understanding with a Biden administration to advance this process. Kuwait, Oman, and Qatar will favour Biden’s de-escalation with Iran and any attempts to end the Gulf crisis. While Oman will welcome Biden’s plans to end US military support to Saudi Arabia in its war in Yemen, Kuwait looks forward to an expectedly more “neutral” U.S. leader to face the Gulf rift.

Doha will be counting on Biden’s willingness to end the embargo after Trump seemed to have overlooked the U.S. long-term strategic institutional relationships with the GCC countries, and its interest in having a unified Gulf-front against Iran. Nonetheless, a peace between Riyadh and Doha is more likely than one that includes Abu Dhabi as well – unless Joe Biden exceeds the expectations

Saudi Arabia and the Gulf States seem to ignore the stark reality– their quest for promoting security cooperation with both India and Israel –will entail risk of not only damaging the image in the OIC but also marking a stigma on their ideological sublimity. The Saudi diversion from its historical legacy as political and strategic wisdom suggest,s is an unnatural security alliance based on unrealistic temptations. 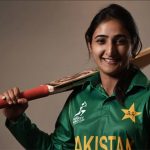 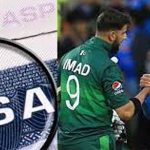