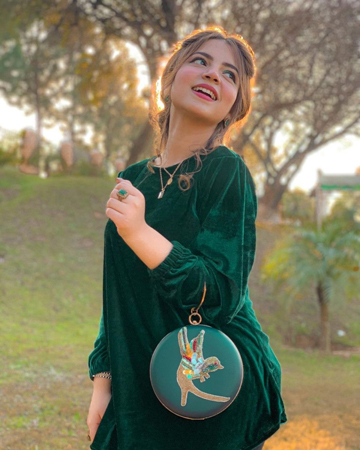 Dananeer took to Instagram to share a video of her singing one of her ‘favourite songs’. Captioning the post, she wrote, “Tera mera rishta purana! – @mustafazahids. A few seconds of me singing one of my most fav songs. The immense love I have received over the past few days has really made me feel like we’re all a bigggg digital family! #pawrigang, maybe? #pawrihoraihai #pawrijarihai.”

The internet went crazy after the video of a 19-year old Pakistani influencer Dananeer Mobeen calling a party as ‘pawri’ went viral. Yashraj Mukhate created a rap song on the viral video which also broke the internet. Dananeer became an overnight online sensation after her video also featuring her friends went viral. The viral video led to several celebrities joining the bandwagon and making a video on ‘Pawri Ho Rahi Hai’.

The hashtag #PawriHorahiHai has led to several memes on social media. Even the Uttar Pradesh police joined the viral meme fest and used the hashtag to urge the local residents to dial 112 if they get disturbed by late night parties.