PeH demands return of martyrs bodies to their heris

Pasban-e-Hurriyat Jammu Kashmir strongly condemned the killing of three Kashmiri youths who were martyred in a fake military encounter by the Indian forces in Srinagar. 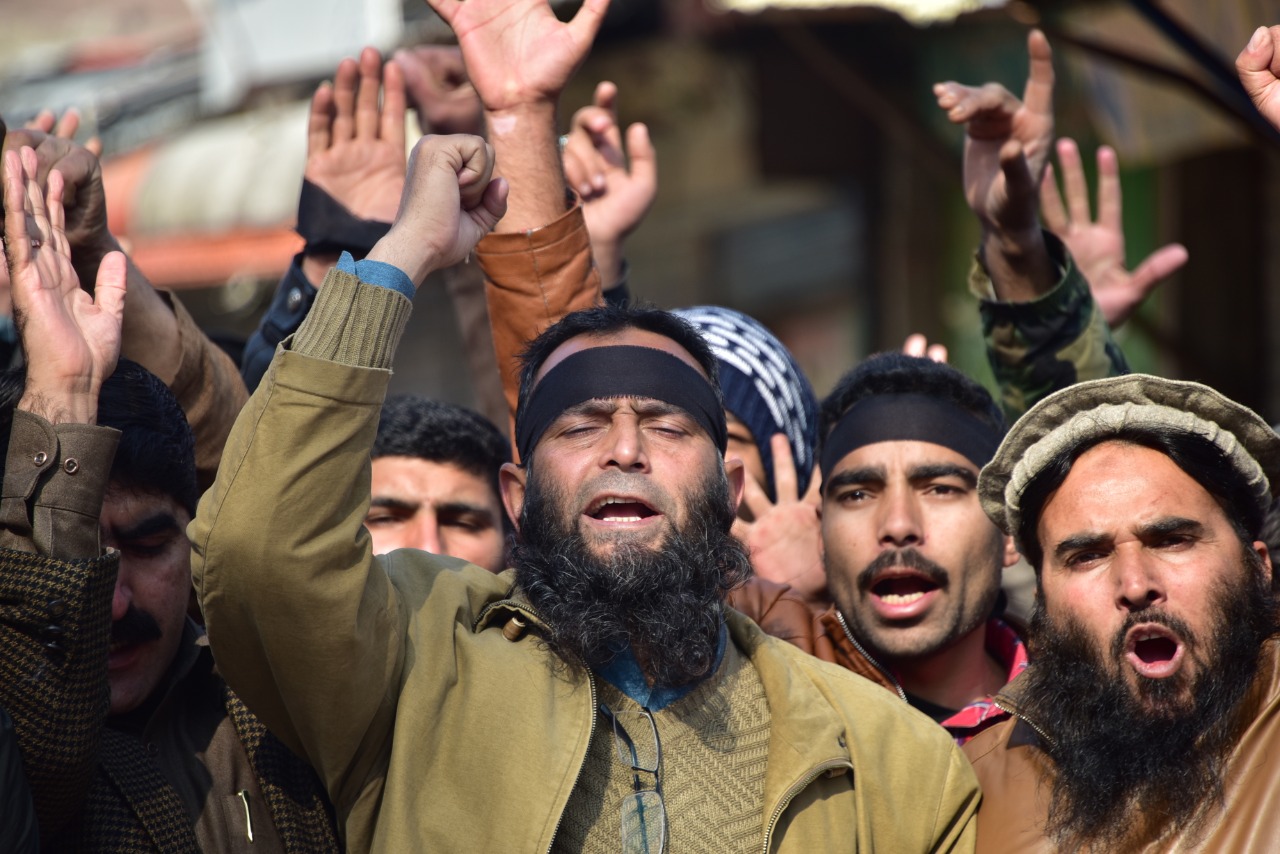 In a statement issued here on Wednesday, it was stated that Chairman Pasban-e-Hurriyat Uzair Ahmad Ghazali appealed the international organizations for help in handing over the bodies of Kashmiri youth to their heirs.

People in the protest near ceasefire line chanted slogans for the return of bodies to their heirs.

Uzair Ghazali said that Indian forces had martyred Athar Mushtaq, Zubair Ahmad and Ijaz Maqbool in a fake encounter, adding that they were residents of Shopian who had come to Srinagar for education.

He further said that after martyring the three Kashmiri youths, the Indian occupying forces had buried them in Sonamarg graveyard about 180 kilometers from their homes.

“The parents and heirs of the martyred Kashmiri youth have been continuously demanding their dead bodies as they want to see their beloved ones who have been killed by the occupying forces for the sake of reward and position” Ghazali added.

Ghazali maintained that the parents of the martyred Kashmiri youth are demanding the return of the bodies from the Government of India and the puppet state (Indian Occupied Kashmir) administration.