DADU : The Director-General (DG) Antiquities Sindh Manzoor Ahmed Kanasiro has refuted the print and social media reports regarding the Makli Necropolis and has clarified that no work ofconservation has been carried out on the main monument of Isa Khan Tarkhan.

The press statement issued by theDirectorate of Antiquities, Government of Sindh reads, “It is only the work on the floor of the Monument that was carried out during September 2019 and was completed in March 2020. 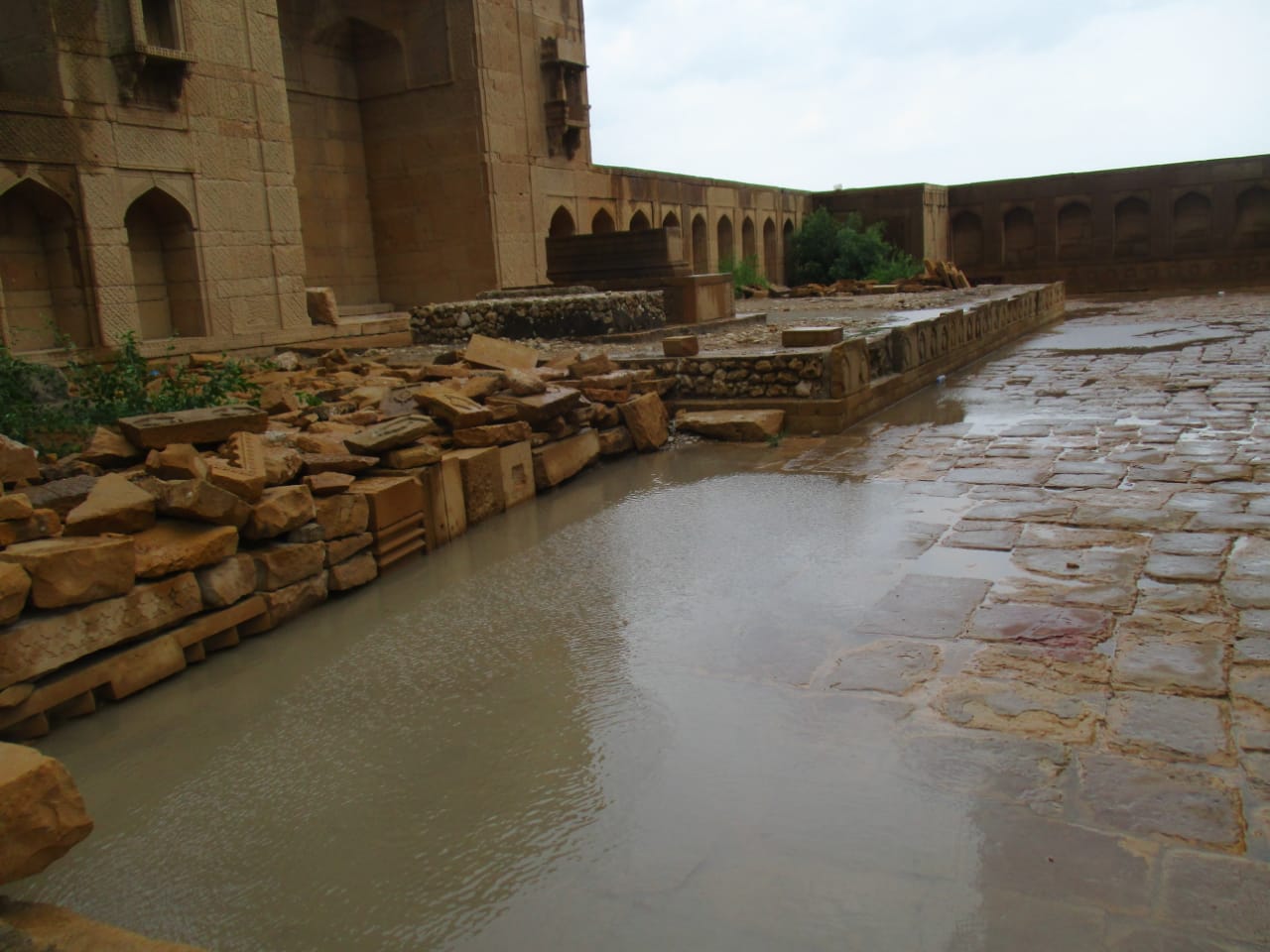 “No work has been done since last 9 months”, said Manzoor Kanasiro. He said that it is unfortunate to see that news reports have been published without investigating the facts or even taking the narrative of the department that is necessary for the objective reporting. He further clarified that the work done previously was as per the internationally recognized Conservation charter/Manual in 2019, and under the strict supervision of very senior and well-trained conservationists having more than 30 years of experience of working on all world heritage sites of Pakistan.

The DG Antiquities Mr. Manzoor Ahmed Kanasiro declared that the old photos of work that are being circulated on social media are totally misleading and contrary to the fact. Whereas the fact is the intervention done by the department has rather preserved the monument of the 16th-century monument of Mirza Essa Khan Turkhan’s Mausoleum in Makli Necropolis. The Press Statement issued by the Directorate of Antiquities further elaborated the technical details of the Mausoleum that the floor of the monument was not original as it was disclosed as a result of its study. 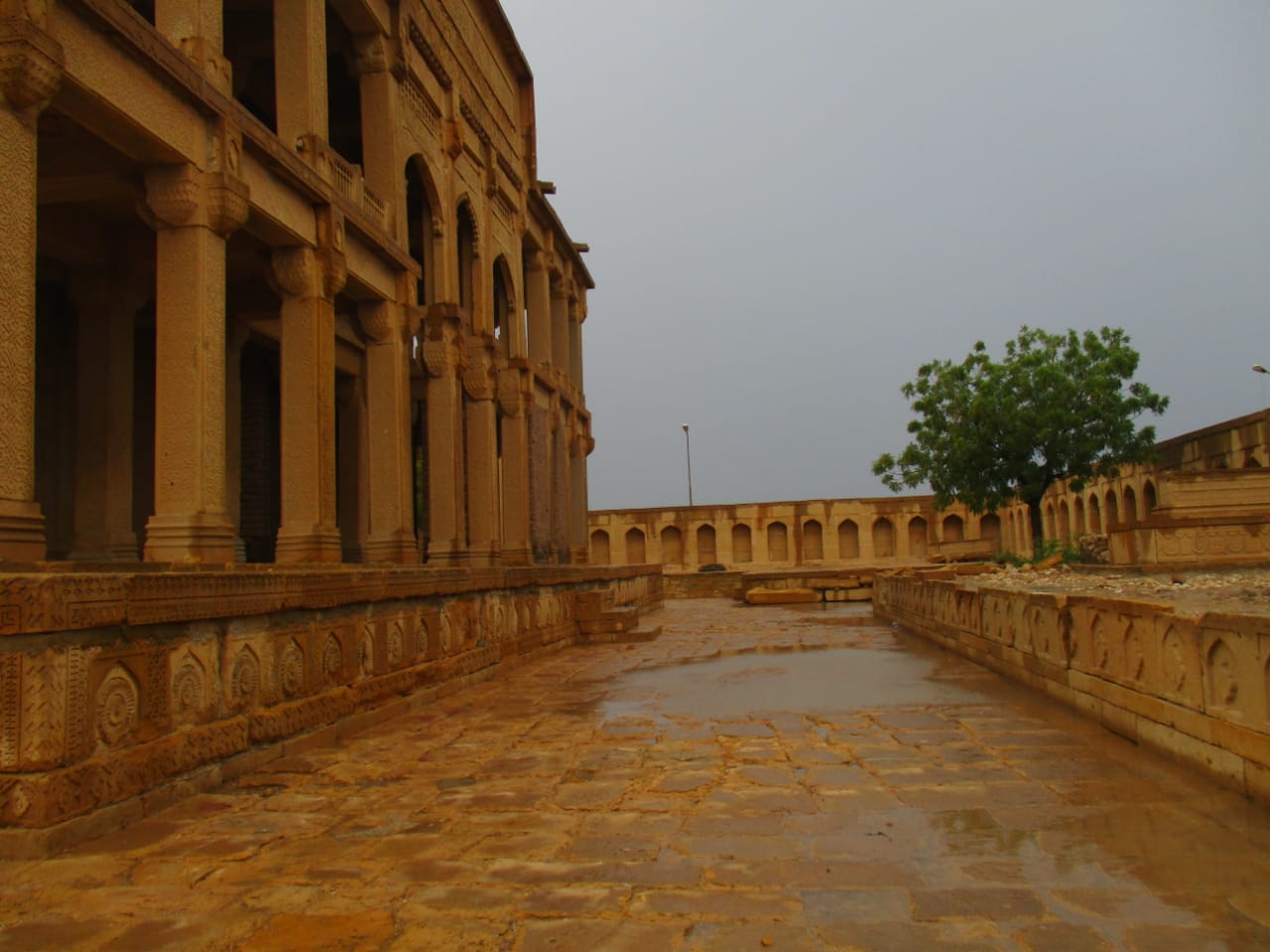 It has been understood that the original floor was replaced by the Archaeological Survey of India before the partition and was repaired by the Federal department of Archaeology at regular intervals later on. As result of the study of stone floor weaknesses, the unique and historical building of the Mausoleum of Mirza Essa Khan was highly endangered due to the penetration of rainwater in floor/foundation the measures taken to prolong the life of any monument keeping in view article 9 & 10 of Charter of Venice 1964.

The technical details, as stated in the official handout, further said that the unique and only double story Monument is more important than the uneven decayed floor. As intervened floor stones were not only settled/caved in but also too crumbled badly to reset again. 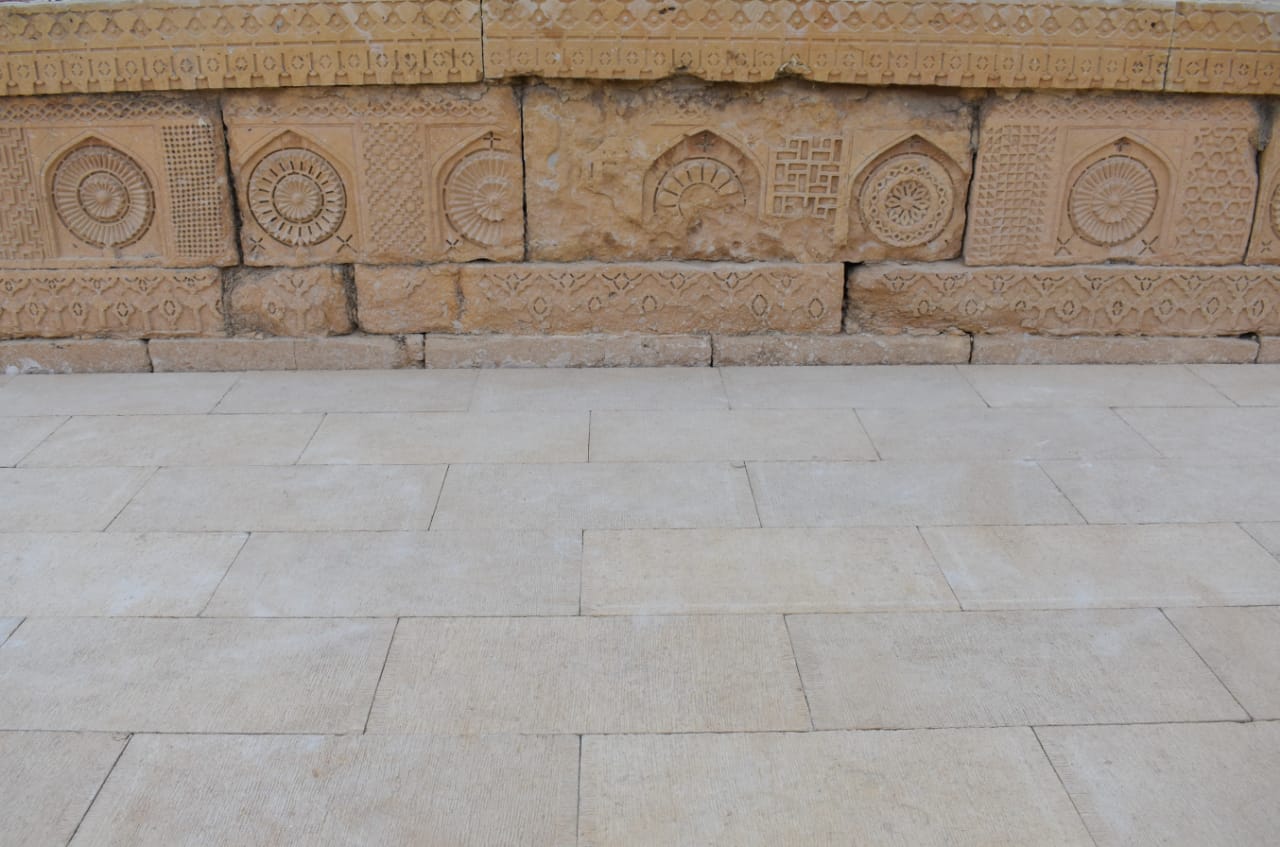 DG Antiquities said that the replacement of the decayed floor was essential to drain out the rainwater properly so as to stop further settlement and tilting of the monument. As the monument had settled down from its original position and a front portion had tilted due to penetration and non-drainage of rainwater. “It was feared that if no action was taken, the state of the monument would have further deteriorated”, he said.

The Director General Antiquities Mr. Manzoor Ahmed Kanasiro cited the similar interventions that have been done on the other World Heritage sites in Pakistan and said that we may quote the examples of Restoration work of floor of Shish Mahal that was replaced with Sanga Badal in Lahore Fort, the roof of Shish Mahal, Dewanay Khas with white Marble in Lahore Fort, basement chamber of Shish Mahal and many other Monuments in the Lahore Fort. The red sandstone baradaries in Shalimar Garden were totally replaced with new ones, walkways of Shalimar Garden have been restored with new bricks on edge. Maan Sing Palace of Rohtas Fort, Hamaiyun Gate of Rohtas Fort, even the RCC retaining wall were constructed by the famous conservationist Mr Mohan Lal Ochani. 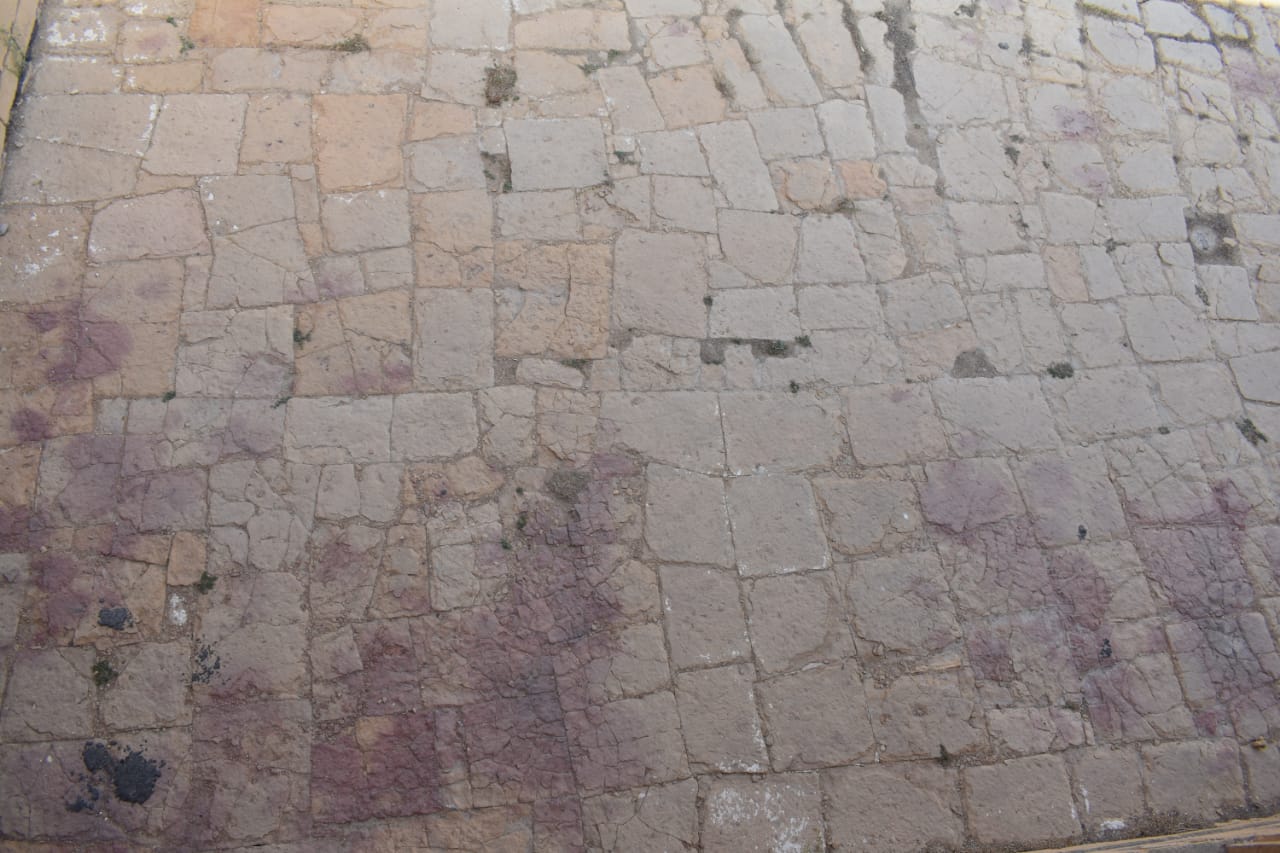 According to Handout of PRO of Culture and Tourism and antiquities department Mr Saeed Memon the Pictures showing the condition of the Monument before and after the works in question.

The caption of the Photos: Floorstones cobbled in the Monument of Isa Khan-II, Makli Necropolis. The decayed floor of the monument. When some portion was opened, the stone was laid in mud mortar, and natural fiber/straw was used. It could not control water seepage, hence the decayed floor stones were removed.