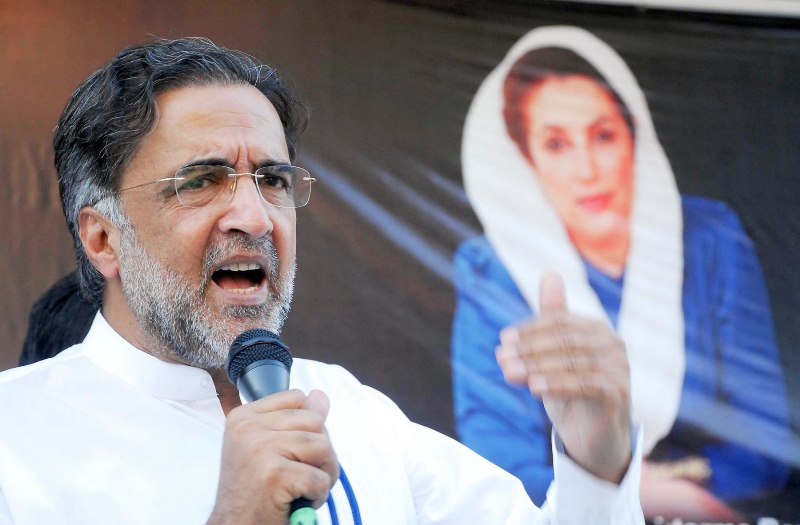 The Pakistan People’s Party has finally decided to support the candidates of PML-N for the upcoming by-elections to be held in two constituencies of Punjab.

PPP Central Punjab President Qamar Zaman Kaira said on Wednesday that the party leadership has directed to support the candidates fielded by the PML-N in the by-elections. It will now be the Pakistan Democratic Movement (PDM) versus Pakistan Tehreek-e-Insaf (PTI) contest that is due next month on two crucial seats of Punjab. “This puppet government will be fought from the platform of PDM,” said Qamar Zaman Kaira. It is worth mentioning here that the PML-N had earlier announced to support the candidates of PPP in the by-elections to be held in Sindh constituencies.

The by-elections will be held on one seat of National Assembly and one seat of Provincial Assembly. According to the schedule issued by the Election Commission of Pakistan, the polling for NA-75 (Sialkot) and PP-51 (Gujranwala) will be held on 19th February. The candidates of PPP who submitted their nomination papers are asked by the leadership to withdraw them while supporting the PML-N candidates. PML-N has awarded ticket of both the seats to woman candidates.

From NA-75 Sialkot, Nosheen Iftikhar will be the candidate of PML-N while the party has awarded ticket to Mrs Talat Manzoor Cheema from PP-51 Gujranwala. Both the seats fell vacant after the deaths of both the lawmakers last year. These two seats are believed to be the stronghold of PML-N as the party enjoys a massive vote bank in both Sialkot and Gujranwala districts. From NA-75, Syed Iftikhar ul Hassan Shah, commonly known as Zahray Shah got elected in 2018 elections on the ticket of PML-N. He had earlier enjoyed his three stints as MNA and two tenures of MPAs. Syed Zahray Shah had been the key figure in the politics of Daska (Sialkot) for last three decades and the party has decided to award ticket to his daughter Nosheen Iftikhar to give tough time to the ruling party. Zahray Shah grabbed this seat with a huge margin in 2018 elections as his party PML-N won all the NA seats from Sialkot in last elections.

From PP-51 Gujranwala, Shaukat Manzoor Cheema of PML-N won the seat with an impressive margin in 2018 but he lost his life to COVID-19 last year unfortunately. The party has awarded this ticket to Mrs Talat Manzoor Cheema to give tough time to the ruling PTI. It is worth mentioning here that Gujranwala is one of the strongest districts of PML-N in Punjab as the party has all the provincial and national assembly seats to its fold from the district.

The PML-N has constituted election committees in both the constituencies and all the ticket holders, MNAs and MPAs of PML-N from these districts will play their roles in getting them elected. The By-polls for Sindh Assembly’s PS-43 (Sanghar III) and PS-88 (Malir II) will be held on February 16.

It is pertinent to mention here that Vice President of PML-N Maryam Nawaz has also held meetings with both the woman candidates of the party in which they were interviewed by Maryam herself and their candidature was announced after getting approval from Maryam Nawaz as well. She also chaired a meeting of party’s MNAs and MPAs from both Gujranwala and Sialkot districts to devise the strategy for the by-elections to be held on February 19. The campaign of candidates is in full swing as they are also joined by the MNAs and MPAs of the adjoining districts as well.