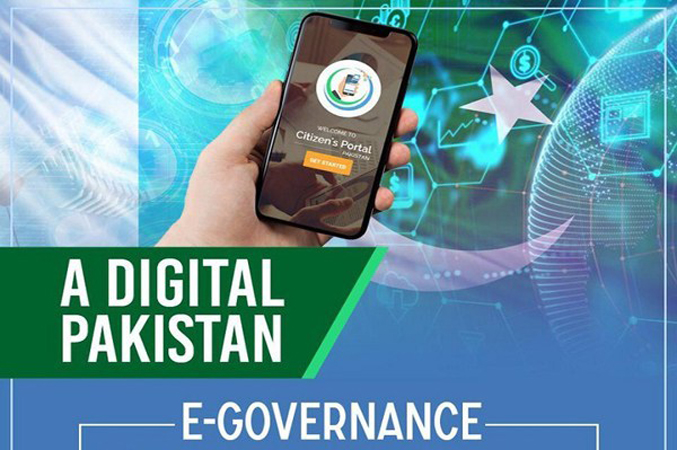 “This move demonstrates that Pakistan is accelerating digitization of the country, which includes successful introduction of the digital account, provision of lifestyle banking, and investments through the Roshan Digital Accounts (RDA) for non-resident Pakistanis,” Cheng Xizhong, visiting professor at Southwest University of Political Science and Law said on Saturday in his article published by China Economic Net (CEN).

Pakistan is known as the land of opportunity as it has tremendous and unmatched potentials. While technology-enabled innovation is the major spur to productive growth, rapid advances in technology are enabling new business opportunities.

As in the case, Pakistan`s efforts on the digital growth path will improve the business environment, attract domestic and foreign investment, and accelerate the development of the national economy, he said.

In his latest article, he pointed out that it was the right choice to go ahead with “Engage Africa”. “And now I would like to reaffirm that Pakistan’s commitment to the development of the digital economy is another right choice. One right choice after another entails the wisdom and correctness of the policies made by the Imran Khan administration, which gives Pakistan great hope for fast economic development.”

Why has China’s economy recovered so quickly and so did that of Pakistan’s? I believe the digital economy was the answer. In the battle against the COVID-19 pandemic, the digital economy with its strong vitality and great development potential has effectively hedged the downward pressure of economy in some countries including China and Pakistan. Hence, it’s time we give full play to the engine of the digital economy to achieve high-quality development.

He said, the digital economy was an important path to activate the consumer market and strengthen the real economy. Digital technology has given birth to new Internet models such as live broadcast economy, cross-border e-commerce, Internet finance, and new industries such as online education, Internet health care, and online office. As a result, It creates a large number of individual and micro-economies, new employment space and opportunities, and more convenient digital products and services.

Digital technology heralds the beginning of a new era, and it will usher in broad prospects for development in the form of the digital economy.

“I believe such high-level and high-quality cooperation between China and Pakistan will boost the sharing of technologies and experience of the digital economy and facilitate the building of a community of digital economy under the framework of the China-Pakistan Economic Corridor,” he added.