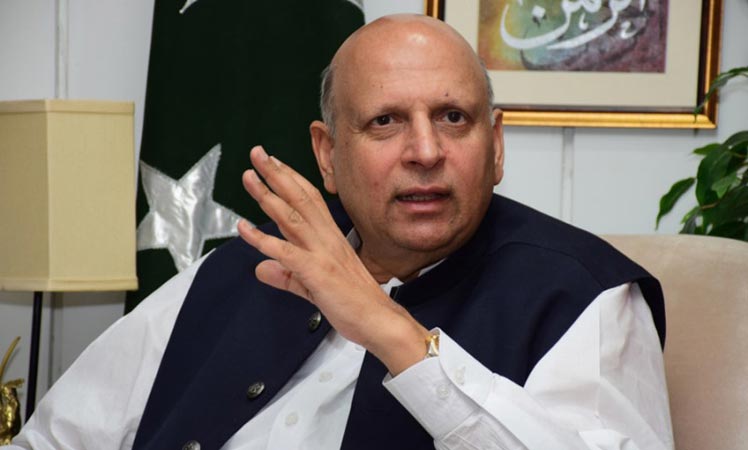 Governor Punjab Chaudhry Mohammad Sarwar has given the task to the provincial heads of federal departments and regional officers to address the public complaints on Pakistan Citizen Portal in the next six months.

According to details, Governor Chaudhry Mohammad Sarwar, on the directives of Prime Minister Imran Khan, summoned 107 provincial heads of federal departments and other officers at the Governor’s House Lahore on Wednesday.

He reviewed the performance of the departments regarding the measures taken to redress complaints on Citizen Portal and issued directions for immediate resolution of public complaints. After the meeting with the officials of the Federal departments, Punjab Governor Chaudhry Mohammad Sarwar, during a press conference said that on the instructions of Prime Minister Imran Khan, I met with the officers of the Federal departments and we have come to know that there is also a lack of communication between Federal Departments regarding many issues but this problem will now be resolved. Replying to a question, Governor Punjab said that we have made it clear to all the officers that there will be no compromise on immediate solution of the public complaints in the Federal departments and punishment and retribution will be ensured at all levels in all the departments. The government will definitely take action against those who show poor performance. Performance of the officers will be reviewed every 3 months and Governor Punjab will apprise the Prime Minister about it and a detailed report will also be sent to the Delivery Unit in the Prime Minister’s House.

Governor Punjab said that I will personally visit all the divisions of Punjab and along with the members of the Assembly will meet the officers of the Federal departments so that the public complaints can be resolved on priority basis. He said that more than 3 million complaints have been received on the Citizens’ Portal set up by Prime Minister Imran Khan during the last two years and their resolution has been more than 96% but now we will try to reach the target of 100% in next six months. Now the Provincial heads and officers of the Federal departments have to explain the reasons for the unresolved complaints and who is responsible for them. Chaudhry Mohammad Sarwar also said that the government has a clear policy regarding the eradication of corruption. Corrupt people will not be tolerated under any circumstances. In fact, whenever a corruption case comes up, the PTI government under the leadership of Prime Minister Imran Khan takes strict notice, carries out thorough investigation and those responsible are dealt with as per the constitution and laws. In reply to another question, the Governor of Punjab said that he had not made any reconciliation with the Bureaucrats but the matters regarding Punjab Aab-e-Pak Authority have improved considerably. At the beginning of next year, clean drinking water would be provided to people across Punjab. Responding to a question about opposition, Punjab Governor Chaudhry Mohammad Sarwar said that problems all over the world are always solved through dialogue, so no matter what the opposition does, matters will be ultimately resolved through dialogue between the government and opposition.