Five things to know about the EU tech rules 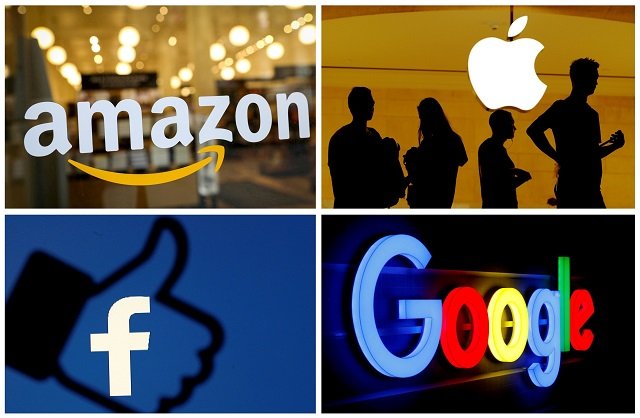 BRUSSELS: The European Union will unveil major proposals to regulate Big Tech, in what could force a revolution in the way Google and Facebook do business.

The rules, packaged in a so-called Digital Services Act, will not only attempt to crack down on disinformation and hate speech but restrain Silicon Valley’s giants from making undisputed claims on new markets.

The proposal marks the start of a long process to legislation, which will include a bruising phase of negotiations with lobbyists, member states, and the European Parliament that could take years.

Here is a first look at what the EU executive is likely to propose on December 15.

If the world’s biggest banks are too big to fail, the internet will now have “gatekeepers”, digital superstars more powerful than many governments, seen as urgently needing their own rules.

The EU believes that Google, Facebook, Apple, and Amazon hold all the keys in the online world, with an ability to dictate their own rules and to snuff out potential rivals as soon as they emerge.

To end this, the EU is writing up a set of dos and don’ts specifically for the gatekeepers.

This could stop a company like Google “self-preferencing” Google Maps in search results. It could stop Apple from forcing app-makers to use its store for payments, denying the iPhone-maker its huge cut in the proceeds.

From Twitter to TikTok, all the major online actors are signed up to the EU’s codes of conduct for hate speech and disinformation, but playing by the rules is voluntary.

This would change with the EU’s proposal: if the likes of YouTube or Snapchat are caught allowing terrorist or criminal content to spread, this could be punished with hefty fines levied by a new European agency.

But, in a disappointment to some, the EU will not make platforms fully liable for this illegal content. Brussels fears that big tech would limit free speech to simply stay out of court.

In a series of cases, it was only after nearly a decade of EU procedures that Google was slapped with billions of euros in fines, long after many of the complainants were crushed by the search engine juggernaut.

“There’s one thing that competition law cannot do and that is reviving the dead,” said Olivier Guersent, a senior EU official.

Under the rubric called the Digital Markets Act, the EU is seeking to give Brussels new powers to enforce competition laws more quickly, and also put a stop to buyouts even if the evidence is not yet entirely clear.

At the back of everyone’s mind are Facebook’s “killer app” purchases of WhatsApp and Instagram, small companies that in hindsight could have challenged the social network’s supremacy.

The proposal will also seek to open the black box of how big tech chooses the content it displays and to whom.

“One of the main goals of the Digital Services Act… will be to protect our democracy, by making sure that platforms are transparent about the way these algorithms work and make those platforms more accountable for the decisions they make,” Vestager said.

In a direct shot at Amazon, the proposal will also seek to curb how gatekeepers use the business data of companies operating on their platforms.

What stops Amazon from proposing its own products when it sees the success of others sold via its website? With privileged insights into transactions and communication, platforms can use that information to fine-tune their own products, conquering new markets unfairly.